How much is Chris Crocker Worth?

Chris Crocker net worth: Chris Crocker is an American internet celebrity who has a net worth of $450,000. For a guy who's famous mostly for doing videos on the internet, that's not a net worth to sneeze at. Crocker's "big break" came from his YouTube video entitled "Leave Britney Alone," in which he tearfully implores viewers to leave Britney Spears alone. For whatever reason, the video became a big viral hit, getting more than 4 million views in just two days. From there, he was able to use his newfound fame to begin his work as an "edutainer," releasing video posts about a variety of subjects. Somewhat interestingly, the name "Chris Crocker" is a pseudonym, and both his real name and his exact location remaining a secret. The reason for this is that Crocker feels his safety might be threatened if information on his whereabouts were more widely available. Since his internet infamy has faded, Crocker has focused on a music career. He's released various singles and music videos, but what was supposed to be his debut album Turned On remains unreleased. He lives somewhere in the state of Tennessee, and travels to Los Angeles only when his work requires it. 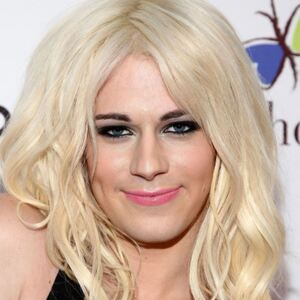