Chris Botti net worth: Chris Botti is an American trumpeter and composer who has a net worth of $8 million dollars. Chris Botti was born in Portland, Oregon in October 1962. At nine years old Chris started playing the trumpet and he committed to it at 12. He first performed at Carnegie Hall in 1981 when he was a member of the McDonald's All American High School Jazz band.

He attended Indiana University while touring with Frank Sinatra and Buddy Rich. He moved to New York City in 1985. During the 1990s he toured and recorded with Paul Simon. His solo debut album was First Wish in 1995. Botti became noticed with the release of his 2001 album Night Sessions. He typically plays jazz or pop and can blend the styles together. He has been nominated for a Grammy Award for his 2008 album Italia and three for his 2010 live album Chris Botti In Boston. Botti won the Grammy Award for Best Pop Instrumental Album in 2013 for Impressions. He has released 10 studio albums. He has also worked with Sting, Blood, Sweat & Tears, Richard Marx, Burt Bacharach, Gladys Knight, Andrea Bocelli, Yo-Yo Ma, Steven Tyler, Josh Groban, and John Mayer. He was the band leader for the daytime talk show The Caroline Rhea Show and was named one of People magazine's 50 Most Beautiful People in 2004. 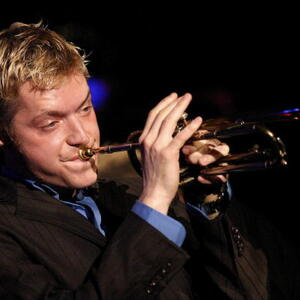