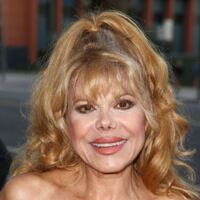 What is Charo's Net worth?

Charo is a Spanish American actress, singer, comedian, and flamenco guitarist who has a net worth of $60 million. Charo is known for her trademark phrase "Cuchi Cuchi" and her bubbly television presence, which was ubiquitous during the seventies.

Charo was born María Rosario Pilar Martínez Molina Baeza on January 15, 1951 in Murcia, Spain. Her father was a lawyer who fled Spain during the dictatorship of Francisco Franco, and her mother stayed to raise her children. She grew up playing the classical guitar and has at times claimed that she attended a convent until she was fifteen, leaving after a nun told her she belonged in show business. Additionally, she has claimed that her grandmother hired a musician to give her lessons and that he was the first man to enter the convent. However, most sources, including herself, indicate that she attended a school in Madrid for underprivileged children that was founded by classical guitarist Andrés Segovia. She has stated that she graduated with honors at age sixteen. When she was in her teenage years, she was noticed by Spanish musician and bandleader Xavier Cugat, and although she was forty years younger than him and several times divorced, the two wed and moved to the United States. They were the first couple to have their wedding ceremony at Caesars Palace in Las Vegas. She later claimed that the marriage was simply a business deal that allowed her to legally come with him to the US.

Charo performed on "The Ed Sullivan Show" four times from 1965 to 1967 with her husband. The next year she began appearing in a segment on the comedy sketch show "Rowan & Martin's Laugh-In." Her segment came on in the last few minutes of the show and involved the hosts making fun of her broken English. It was on that show that she coined her trademark phrase "Cuchi, Cuchi," which meant nothing and was used for comedic effect. In 1970, she made her film debut with a supporting role in the drama "Tiger by The Tale." By the next year, she was headlining shows in Vegas. She made numerous guest appearances on popular television shows throughout the seventies including "The Dean Martin Show," "The Carol Burnett Show," "The Mike Douglas Show," "The Brady Bunch Variety Hour," and "Chico and the Man." Additionally, she made eight appearances on the romance show "The Love Boat," which featured different celebrity guest stars having humorous escapades on a yacht.

She got her own television variety show special in 1976 with "Charo," and she starred in the comedy television film "Charo and the Sergeant." She performed at the 1977 Golden Globe Awards ceremony as well as at the 4th Annual American Music Awards that same year. She also became a US citizen in 1977 and filed a petition for divorce from Cugat, which was granted the following year. 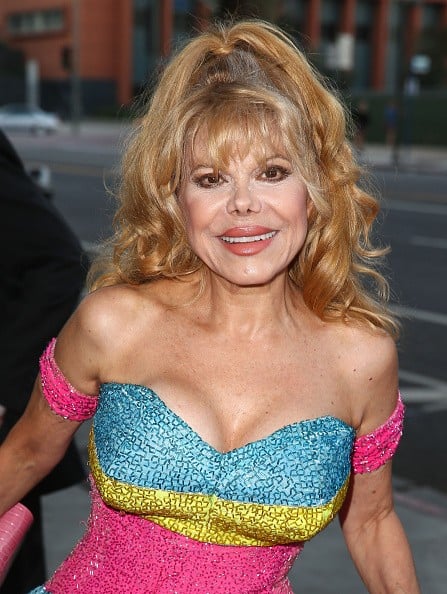 In 1978, Charo married producer Kjell Rasten, and the two had a civil ceremony with only thirty guests in South Lake Tahoe, California. She gave birth to their son in 1981, and the family relocated to Hawaii where she opened a restaurant. She performed at her restaurant and at the Polynesian Palace resort, and she produced and starred in a variety show called "Tropical Heat" at the Hilton Hawaiian Village Resort in Waikiki. It was one of the most popular shows in Hawaii for nearly a decade. She made scattered appearances on television talk shows in the eighties and nineties including "Late Night with David Letterman," "Late Night with Conan O'Brien," and "The Tonight Show with Johnny Carson." In 1994, she released her first Latin album "Guitar Passion," and she released a second Latin album in 1997 titled "Gusto."

Her career picked back up in the 2000s and she began the millennium with a guest appearance on the comedy series "That 70s Show." In 2001, she produced and headlined a variety show called "Bravo" at The Venetian Hotel & Casino. Time Magazine rated it as the best variety show in Las Vegas during its first year. She appeared as a panelist on the celebrity game show "Hollywood Squares" from 2002 to 2004. In 2004, she starred as herself in twelve episodes of "The Surreal Life," a reality television show that revisits celebrities whose fame has faded, and the next year, she was a celebrity co-host for five episodes on the variety talk show "Queer Edge with Jack E. Jett."  She was featured in a documentary series on the seventies titled "I Love the '70s: Volume 2" in 2006. In 2010, she appeared in an episode of the Disney children's show "The Suite Life on Deck." Throughout the 2010's, Charo made appearances as herself on "RuPaul's Drag U," "Celebrity Ghost Stories," "Hell's Kitchen," "Celebrity Wife Swap," "Entertainment Tonight," and "RuPaul's Drag Race." She competed on "Dancing with the Stars" in 2017 but was eliminated after her second performance.

Charo and husband Kjell Rasten moved to Hawaii when their son was six years old. Because of the large Japanese population in Hawaii, she learned to speak Japanese while living there. She also speaks Spanish, French, and Italian. In February of 2019, Rasten died by suicide at the age of 78. He had been struggling with a rare autoimmune disease called Bullous pemphigoid that causes painful blistering on the skin. Charo stated publicly that he had been in immense suffering in the last years of his life due to the disease and its treatments.

In 2014, she was awarded the Ricardo Montalbán Lifetime Achievement ALMA Award, which celebrates Latinos who make contributions to film, television, music, and art. Guitar Magazine ranked her as the best classical flamenco guitarist in the world twice. She is a member of PETA and vice president of the Muscular Dystrophy Association.

Charo owns an extremely valuable real estate portfolio. Her two primary residences are located in Beverly Hills and Hawaii. Her Beverly Hills home is an 8,000 square-foot mansion in the most-desirable area of a very desirable area. Toady the home is worth $15 – $20 million.

On the Hawaiian island of Kauai Charo owns a large beachfront double property. A property roughly a quarter the size on the same street recently sold for around $5 million. This property is worth at least $20 million, though it's difficult to peg the actual value since the property is extremely unique and incredible.