How much is Charles Kelly Worth?

Charles Kelley Net Worth: Charles Kelley is an American country music singer-songwriter who has a net worth of $25 million. Charles Kelley was born in Augusta, Georgia in September 1981. He is best known for being a founding member of the country rock band Lady Antebellum. He started his music career at 11 years old. Charles and his brothers Josh and John started a band called Blue and released a five song CD. He wrote his first song with Dave Haywood at 14. Charles graduated from the University of Georgia in Athens, GA in 2004. He worked in construction and as an accountant. IN 2006 he formed the country music group Lady Antebellum. The group released their self-titled debut album in 2008. They have released a total of four studio albums and their first three have been certified Platinum or higher. They have also had fifteen singles on the Billboard Hot Country Songs chart and eight #1s. Their most popular song is "Need You Now". The group won the Top New Duo or Group by the Academy of Country Music and the New Artist of the Year by the Country Music Association in 2008. They have also won seven Grammy Awards. Lady Antebellum has sold over 12.5 digital music singles and 10 million albums in the U.S. Charles has also co-written songs for other artists including Luke Bryan. In 2006 he released his debut studio album 2 to 9s. Charles married Cassie McConnell in 2009. 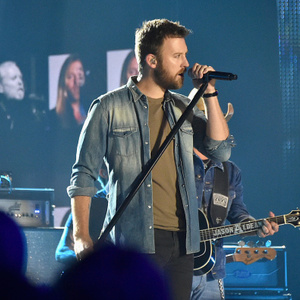