Catt Sadler net worth and salary: Catt Sadler is an American correspondent and TV show host who has a net worth of $3 million dollars. Catt Sadler was born in August of 1974 in Indiana and has two siblings, a brother and a sister. Sadler made her on-screen debut at the age of 11, when she appeared in the movie, Hoosiers. After graduating from high school, she went on to study journalism at Indiana University. She is best known for her work as a co-anchor for E! News Weekend, which appears on the E! Network. She also worked on The Daily Ten before the show was canceled. After graduating from college, Sadler moved to California in order to further her work as an on-screen journalist. She got her start by appearing in various VH1 shows, then hosted The Bay Beat in which she interviewed various celebrities. She married her boyfriend from college, Kyle Boyd in 2001. The couple had their first son shortly after. At this time they moved back to Indiana, before having their second son in 2005. Then in 2006 they moved back to LA where Sadler began working for E!. She and Boyd divorced in 2008 and Sadler remarried British film producer Rhys David Thomas in 2011. Catt and Thomas divorced in May 2017. In December 2017, Catt revealed she was leaving the E! Network after finding out that her co-anchor Jason Kennedy was being paid roughly double her salary. A source close to E! reported that at the time she quit, Sadler was being paid $600,000 per year while Kennedy was earning $1.2 million. 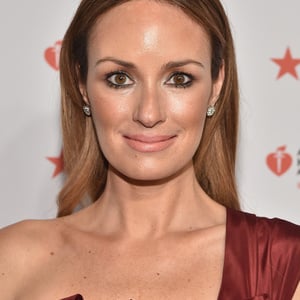