Caterina Fake net worth: Caterina Fake is an internet entrepreneur who has a net worth of $25 million. Caterina Fake is probably most famous for creating the photo-sharing site flickr. She also created a company called Hunch, an ambitious online company that seeks to chart every internet user's preferences for every conceivable item. It works as a kind of like Netflix but with everything instead of just movies – users rate anything from books to lamps to couches and everything in between, and the website then predicts what his or her rating for other things would be. One of her earliest jobs was at the popular website Salon, where she served as the Art Director. Fake was an integral part of Salon's development in the areas of social network and online communities. After Salon, Fake founded the popular photo website Flickr along with her then husband Stewart Butterfield. At Flickr, she was again an integral part of the "Web 2.0" aspects of the website, including social networking features such as "tagging" which is now popular on sites like Facebook. It isn't known what Caterina Fake's next online business venture will be, but if her past work is any indication it will probably be something very special. 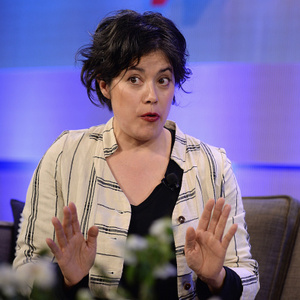