Cat Deeley was born on October 26, 1976 in Sutton Coldfield, Birmingham, England. At age 14, she entered a regional edition of a BBC competition for The Clothes Show. She ended up reaching the national finals. She was soon spotted by an agent for Storm Modeling Agency, and was quickly signed as a model under her nickname of Cat. In 1994 at age 18, she became a full-time fashion model. She left the modeling world in 1997. From 1998 until 2002, she was a co-host on the Saturday morning children's program SMTV Live. While presenting SMTV Live, she often acted as the assistant to visiting guest magicians, taking part in a number of different illusions. She was the first British celebrity to be sawed in half in the Clearly Impossible version of the famous illusion, which uses transparent boxes that allow a view inside them at all times during the illusion. In 2002, she came in at #12 in FHM's 100 Sexiest Girls of 2002 poll, UK edition. She also won an award: Favourite UK cable personality – The Scorpio Multimedia Cable TV Awards. In 2006, she began hosting the second season of American reality show So You Think You Can Dance. In 2007, she was one of many speakers at the Concert for Diana. In January 2011, she made a small guest appearance in the Disney Channel sitcom, Shake It Up where she portrays a vice principal who is, in secret, a dancer or a host. In April 2011 she appeared on CNN's Icon and spoke to Nancy Cartwright. In June of 2011, she launched her own "behind-the-scenes" web series, produced by her, Yahoo! and Collective Digital Studio. Cat has been married to comedian Patrick Kielty since 2012. Together they have two children.

Real Estate: In 2006 Cat paid $2.7 million for a home in Beverly Hills, California. She and Patrick used this home as their US-base until 2020 when they hoisted it onto the market for just under $5 million. 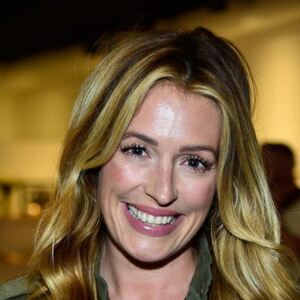