Casey Kasem Net Worth: Casey Kasem was an American radio DJ and voice-over artist who had a net worth of $80 million at the time of his death in 2014. The multi-talented artist was best known for being the first to voice the character of Shaggy in the "Scooby-Doo" franchise, which ran intermittently from 1969 all the way to 2009.

Besides being known for the voice of Shaggy, Kasem was the host of various radio countdown shows, including the popular "American Top 40" program. Along with his hosting responsibilities, he was also the co-founder of the program when it was created in 1970, and continued to play a management role throughout the 80s, 90s, and early 2000s.

Early Life: Kemal Amin "Casey" Kasem was born on April 27th of 1932, in Detroit, Michigan. He was raised by Lebanese Druze immigrants who encouraged him to speak English instead of Arabic, as they wanted to fully assimilate into American life.

Casey was allegedly first inspired to pursue a career in radio in the 1940s, when he listened to the radio show "Make Believe Ballroom." During his high school years at Northwestern High School in Detroit, he had his first taste of the radio host life when he covered the school's sports games. He went on to voice characters in radio shows including "Challenge of the Yukon" and "The Lone Ranger" while he attended Wayne State University. After being drafted into the US Army, Kasem became a DJ/announcer on the Armed Forces Radio Korea Network.

Career: Once the war ended, Kasem started off as a disc jockey for WJBK-AM in Detroit. He then moved up the ranks until he was given the chance to create his own show in Oakland, California. The show blended together music and fun facts about the artists he was playing. Eventually, the show was noticed by Bill Gavin, another American radio personality.

Casey's career began to expand in 1963 after he joined KRLA in Los Angeles, where he primarily showcased  R&B music from East L.A. In 1964, He was hired as a co-host for a music show made for teenagers called "Shebang."

Around this time, Kasem also began acting in a few radio dramas, low-budget films, and TV shows. He appeared in shows such as "Hawaii Five-O,"  "Ironside," and "The Dating Game." At the end of the 60s, Kasem booked his most famous role as Shaggy in "Scooby-Doo, Where Are You!"

In 1970, Kasem launched a weekly radio program called "American Top 40" in response to top 40 radio becoming less popular. The program played songs on the Billboard Hot 100 weekly chart and counting down each song from #40 to #1. By 1978, the show was so popular that it was being played nationwide, and it was soon expanded from a 3-hour program to a 4-hour show.

Kasem continued to book roles in various shows while advancing his radio career. He would appear on programs such as "Police Story," "Quincy, M.E.," and "Ghostbusters." He also lent his voice to shows and films including "Sesame Street," "Here Comes Peter Cottontail," and "Battle of the Planets."

In 2003, Casey would leave "American Top 40" to be replaced by Ryan Seacrest. By 2009, he retired from voice acting, but would go on to voice Shaggy's father in the 2010 series "Scooby-Doo! Mystery Incorporated." He requested to be uncredited for his role. 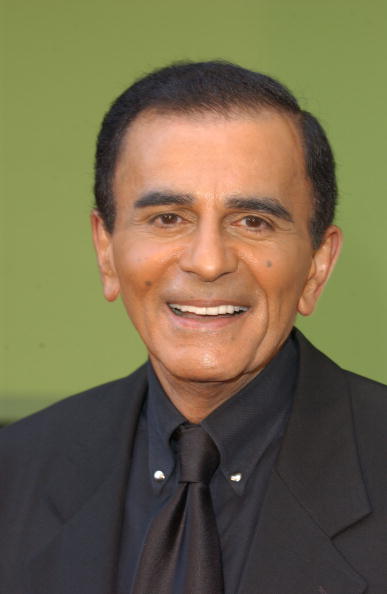 Personal Life: Kasem was a massive advocate for animal rights and environmentalism. He was a vegan and actually stopped voicing the character of Shaggy when he was asked to voice a Burger King advertisement. However, after negotiations, he returned to the role after it was decided that Shaggy would be a vegetarian.

Relationships: Kasem and Linda Myers got married in 1972 and had 3 children. They would divorce in 1979, with Kasem later marrying actress Jean Thompson in 1980. They had one child and stayed together until his death in 2014.

Illness: Sadly, Casey Kasem would be diagnosed with Parkinson's Disease in 2007, but this was not announced until 2013. However, it was later stated that he had Lewy body dementia, which is often confused for Parkinson's. As a result of this illness, he was eventually left completely unable to speak.

In 2014, Jean, his second wife, removed Kasem from his nursing home in Santa Monica, California. While being treated for bedsores and high blood pressure, Kasem was reported to be in critical, yet stable condition while in hospital.

Death: Kasem died at the age of 82 on June 15th of 2014. Sepsis from an ulcerated bedsore was the reported cause of death. The next month, a restraining order was put in place against Jean Kasem so that Casey's body couldn't be cremated before an autopsy was performed. To the court's surprise, it was revealed that Jean had the body moved to a funeral home in Montreal a few days before.

Apparently, Jean had Casey buried in Oslo, at the Oslo Western Civil Cemetery in December, over 6 months after his death. In 2015, three of Kasem's kids and his brother sued Jean for wrongful death due to elder abuse. In addition, they sued her for inflicting emotional distress by restricting their access to him. A 2018 police investigation found there was no evidence for these claims and the lawsuits were settled by 2019.

Real Estate: In April 2013, Casey and Jean listed their 2.5-acre Beverly Hills property for $42 million. The 12,000 square-foot home is located close to the Playboy mansion and next door to a home owned by Kylie Jenner. Casey and Jean Kasem, who owned the home together for more then three decades, briefly lowered the price to $30 million before pulling the listing. In February 2021, seven years after his passing, Jean Kasem listed the property for sale for $37.9 million. It sold in April 2021 for $34 million. 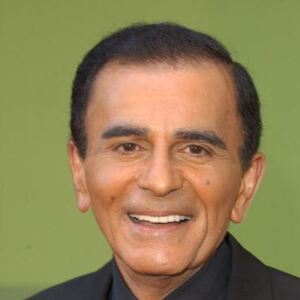