Casey Anthony was born March 19, 1986 in Warren, Ohio. Throughout childhood, Casey reportedly developed a pattern of lying, including deceiving her parents into thinking she was graduating from high school when she was really short of credits to graduate. When she was 19, she hid her pregnancy (with Caylee) from her parents. When the pregnancy was discovered she refused to reveal the identity of the father, though she later pointed to several young men, including a fiancé who died in a car crash. The true identity of the father remains unknown.

Casey moved back in with her parents and another string of lies ensued, including saying she had a job at Universal Studios.

On July 13, 2009, her parents Cindy and George Anthony discovered that Casey's towed car had a terrible smell in the trunk. Soon after, Casey told her parents she left Caylee with a nanny who then disappeared with Caylee (a whole month prior to Casey telling her parents). The story of the nanny also proved untrue. 31 days after the disappearance of Caylee, the child's disappearance was finally reported to the police. As the search intensified, Casey was arrested when pictures of Casey partying and getting a tattoo that read Bella Vita (beautiful life, in Italian) surfaced—pictures taken during the time Caylee was missing. Casey was back in jail only eight days after being released—this time for forging checks and using a friend's credit card without authorization.

Though the prosecution painted Casey as a dishonest, unfit mother, they could not convince the jury that she was guilty of murdering Caylee and Casey was acquitted in July of 2011. The aftermath of the trial brought about a slew of legislative bills in several states for Caylee's Law, a law that would make it a felony for a parent or legal guardian not to report a missing child within a certain period of time. Today, though she has posted a few videos of herself, Casey reportedly lives somewhat of a 'hermit' lifestyle due to public outrage and the fact that she has still not been released from house arrest/incarceration (for charges aside from the suspected murder charge). 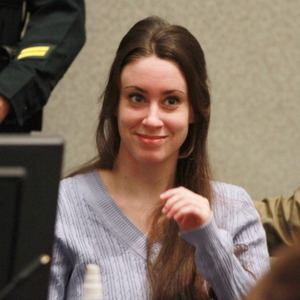