She was born in Newport Beach, California, on September 2, 1968. She married Kelsey Grammer in 1997, and Camille grew up in a typical middle-class family in New Jersey. Her father is a financial adviser, who still works in New York City. She attended Montclair State College in New Jersey where she studied English literature. She also attended New York University and the UCLA School of Theater, Film and Television in Los Angeles.

Camille started her show biz career as a dancer in the 1980s on "Club MTV." She spent many years as a member of a dance group performing at the Tavern on the Green in New York City, as well as appearing in several music videos. Her modeling and acting career came about in the 90s after she posed in Playboy's Book of Lingerie.

Camille also appeared in such R-rated erotic films as "Marilyn Chambers' Bedtime Stories", "New York Nights," and "The Naked Detective." Grammer also had some minor roles in mainstream films, such as, "Private Parts" and "Deconstructing Harry."  She also had a guest appearance in one episode of "Frasier." She met actor Kelsey Grammer in 1996 and were married in 1997, in Malibu, California. They share two children, both born via a surrogate mother. When Camille filed for divorce in July 2010, she asked for primary physical custody of the couple's daughter and son, in addition to child and spousal support. On February 10, 2011 their divorce became final. 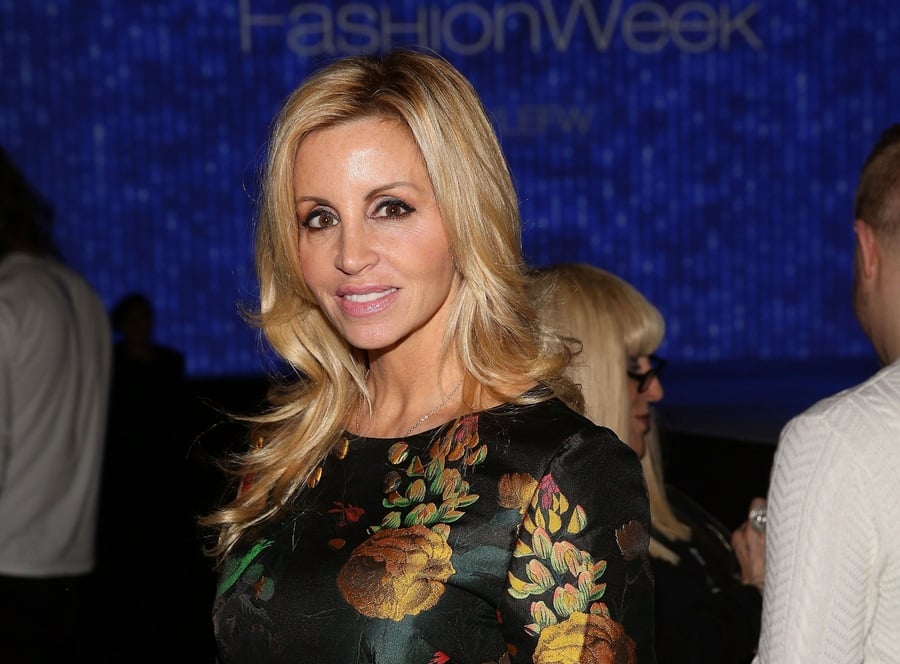 In 2010, Grammer began appearing on The Real Housewives of Beverly Hills. The RHOBH episode on January 13, 2011, where she revealed that her husband wanted out of their marriage, outranked all cable competition in its timeslot and was the No. 1 telecast among adults 18-49. It was also the highest-rated episode of the season among all viewers. The episode "Watch What Happens Live," that featured Grammer as a guest after the show, outperformed all late night cable talk shows that night. She no longer is a main "Real Housewives" cast member, but she often makes regular appearances.

In 2011 she had a guest-starring role on the season finale of the CBS sitcom "$#*! My Dad Says", playing a recently divorced reality star named Camille. Camile has also made other appearances in events like co-hosting the "Showbiz Tonight" special on CNN live from the Academy Awards in Los Angles, and she presented at the 2011 NHL Awards in Las Vegas.

Personal Life: Camille and Kelsey had a daughter, Mason Olivia, in October 2001 and a son, Jude Gordon, in August 2004. Both children were born via surrogate. In July 2010, Camille filed for divorced and sought primary physical custody of their children, in addition to child support and alimony. Camille has accused Grammer of physical and verbal abuse during their marriage. The divorce was finalized on February 10, 2011.

After their divorce, Camille began dating lawyer and fitness trainer Dimitri Charalambopoulos. In October 2013, Camille filed a domestic violence protective order against him, claiming he had assaulted her when she was staying at the Hotel Zaza in Houston, Texas, recovering from a radical hysterectomy for endometrial cancer. No charges were filed, but Charalambopoulos was later charged with assault of a family member. In October 2017, Camilla got engaged to attorney David C. Meyer. They were married in Hawaii on October 20, 2018.

Sadly, Camile's Malibu home was destroyed in the deadly Woosley wildfire of November 2018.

Kelsey and Camille Grammer Divorce Settlement: When Kelsey Grammer and Cammille Grammer finalized their divorce, she reportedly received a $30-$50 million settlement including cash and property. 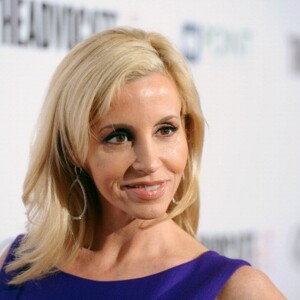