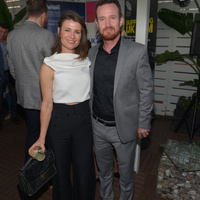 Cameron Duncan Net Worth: Cameron Troy Duncan was a New Zealand director, actor and softball player who had a net worth of $2 million. Born on April 20, 1986, he had successfully completed several home videos and only two short films, "DFK6498" and "Strike Zone", before his early death at age 17. It was during his childhood that he started shooting videos with his friends, mainly depicting war scenes. In 1999 he won his first Fair Go Secondary School Advertisement Award for a road safety ad that was later broadcast nationally. He was a Fair Go finalist two more times including for a 2000 anti-smoking advert. In the meantime, he had also starred in the 1992 movie "Shortlad Street" as a bullying gangster. While his love towards softball made him join the New Zealand under-16 team as a pitcher. Tragedy began when Duncan came to know about a lump in his left knee that was diagnosed as osteosarcoma, a type of bone cancer. He went through chemotherapy, an unpleasant experience that he depicted in his short film "DFK6498". The film earned him an award for his script and directing at the River City Short Film Festival in 2002. Unfortunately, he lost his battle with the disease one year later, i.e., on November 12, 2003 in Texas. He was only 17. Approaching the end of his life, Duncan became friend with Fran Walsh who revealed that Duncan was the sheer inspiration behind her Golden Globe-wining song "Into the West" for Lord of the Rings. A talented young man with great charisma, Cameron Duncan will never be forgotten.