Cacee Cobb Net Worth: Cacee Cobb is an American media personality who has a net worth of $2 million dollars. Cacee Cobb is married to "Scrubs" actor Donald Faison and is probably best known as the former assistant of Jessica Simpson.

Born in Denton County, Texas on December 3, 1977, there is very little known about Cacee Cobb's early life as her appearance in the media began after she became Jessica's assistant. In fact, all of her appearances on TV have been on shows related to the rich and famous Simpson sisters. Jessica Simpson, who also became Cobb's friend, has been present on major event in the life of Cacee. She was present at the engagement party with actor Donald Faison and was bridesmaid at her wedding on December 2012. Ashley Simpson was also present at this wedding. Cacee is now married to Donald Faison. Cacee has had small roles in the reality shows "Newlyweds: Nick and Jessica", "Jessica Simpson: The Price of Beauty", and 2010´s "Jessica Simpson: The Price of Beauty". On January 2013, Donald and Cacee announced that she was pregnant with their first child, Rocco, which was born in August that year. Cacee Cobb celebrated her baby shower with Jessica Simpson among other friends. Even though Cacee Cobb is not regularly present in the entertainment business; it is believed that she will eventually make a breakthrough given her famous husband and friend. 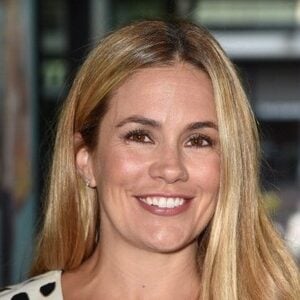