What is Buzz Aldrin's Net Worth?

Buzz Aldrin is an American engineer, fighter pilot and former astronaut who has a net worth of $12 million. Buzz Aldrin is famous for being one of the first two people to land on the Moon, a feat he accomplished with Neil Armstrong in 1969. Prior to this, he flew combat missions during the Korean War, and made three spacewalks as the pilot of Gemini 12 in 1966. After leaving NASA in 1971, Aldrin became Commandant of the US Air Force Test Pilot School.

The nickname "Buzz" originated in childhood as a result of the younger of his two elder sisters mispronouncing "brother" as "buzzer" and this was shortened to Buzz. Aldrin made it his legal first name in 1988.

Technically the 'second' person to walk on the Moon, he was the lunar module pilot on Apollo 11, during the first manned lunar landing in history. He set foot on the Moon at 03:15:16 (UTC) on July 21, 1969, following mission commander Neil Armstrong. Aldrin's first words on the Moon were "Beautiful view. Magnificent desolation."

Buzz Aldrin was born as Edwin Eugene Aldrin Jr. in 1930 in Glen Ridge, New Jersey. His parents were Edwin Sr., a Standard Oil executive and former World War I Army aviator, and Marion. He had two older sisters, Madeleine and Fay Ann. As a youth, Aldrin was a Boy Scout, and played football at Montclair High School. Encouraged by his father to attend the United States Naval Academy, Aldrin was enrolled at the nearby Severn School to prepare. However, due to suffering from seasickness, he instead decided to go to the United States Military Academy at West Point. In 1951, Aldrin graduated third in his class with a BS degree in mechanical engineering.

Following his graduation, Aldrin was commissioned as a second lieutenant in the United States Air Force. He moved to Nellis Air Force Base in Las Vegas, and learned to fly fighter jets. In 1952, he was assigned to the 16th Fighter-Interceptor Squadron, and saw action in the Korean War. Overall, he flew 66 combat missions in Korea, shooting down two MiG-15 aircraft. For his service, he was honored with two Distinguished Flying Crosses and three Air Medals.

In the years after the war, Aldrin became an aerial gunnery instructor at Nellis, and graduated from the Squadron Officer School at Maxwell Air Force Base in Alabama. From 1956 to 1959, he piloted a number of F-100 Super Sabres as a flight commander stationed in West Germany. Upon returning to the States, Aldrin attended graduate school at MIT, graduating in 1963 with a Doctor of Science degree in astronautics. Subsequently, he was assigned to the Gemini Target Office of the Air Force Space Systems Division.

In 1963, Aldrin was selected as one of 14 members of NASA's Astronaut Group 3, making him the first astronaut with a doctoral degree. He subsequently was selected as part of the backup crew of Gemini 10. Aldrin's first spaceflight came in 1966 on Gemini 12, during which he spent more than five hours performing extravehicular activity.

Three years later, on July 16, 1969, Aldrin was on board Apollo 11 as the Lunar Module Pilot when the ship achieved liftoff from the Kennedy Space Center. On July 21, Aldrin and mission commander Neil Armstrong set foot on the Moon, becoming the first two people to ever do so. Moreover, as a Presbyterian elder, Aldrin became the first person to hold a religious ceremony on the lunar surface when he took communion in private. Upon the return to Earth, the crew was awarded with the Presidential Medal of Freedom. Aldrin went on to make many public appearances and speeches, and was involved in space shuttle design. Seeing few further prospects at NASA, however, he ultimately left the organization in 1971 with the aim of returning to the Air Force. Aldrin ended his NASA career with 289 hours in space. 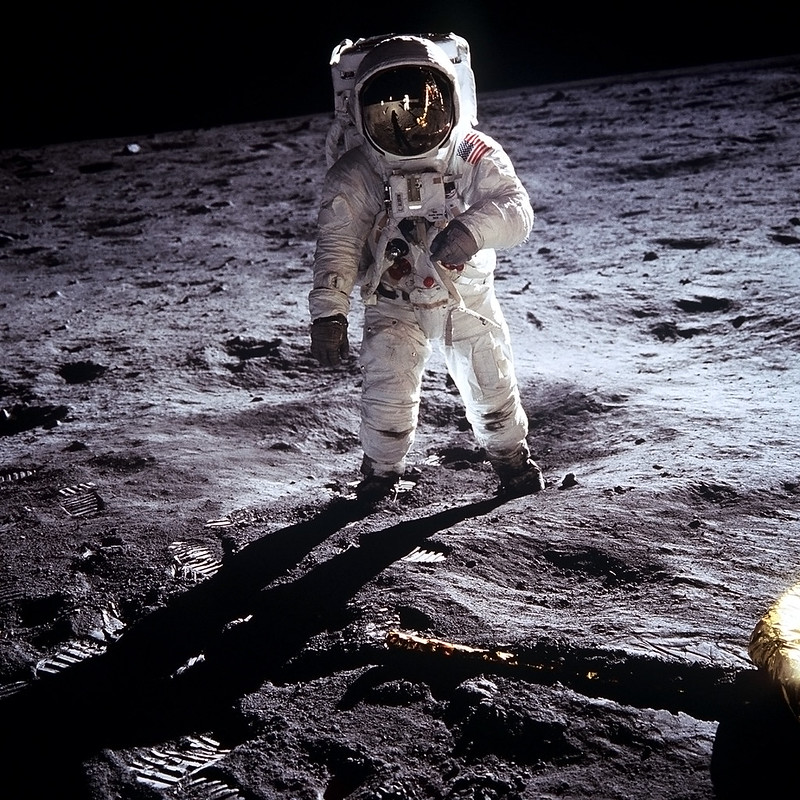 After leaving NASA, Aldrin was appointed to the position of Commandant of the USAF Aerospace Research Pilot School at Edwards Air Force Base in California. Under his tenure, he clashed with his superior, Brigadier General Robert M. White, and experienced unwanted attention due to his celebrity status. Consequently, Aldrin showed signs of depression, exacerbated by the suicides of his mother and grandfather; due to this, he was hospitalized for four weeks. In 1972, he retired as a colonel in the Air Force.

Although he continued to struggle with depression and addiction after leaving NASA and the Air Force, Aldrin kept advocating for space exploration. He joined the University of North Dakota's College of Aerospace Sciences in 1985, and helped develop its Space Studies program. Later, in 1998, Aldrin founded the non-profit educational foundation ShareSpace, which works to promote the benefits of STEAM. In 2013, he supported a human mission to Mars, and in 2015, in association with the Florida Institute of Technology, presented a master plan to NASA about astronauts colonizing the planet by 2040. 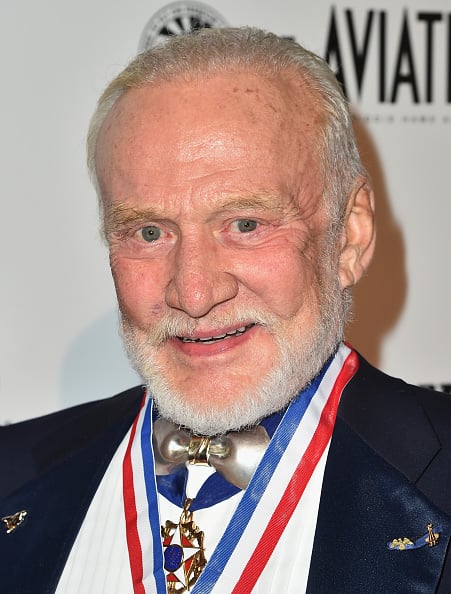 In 1954, Aldrin married his first wife, Joan Archer; they had three children, Janice, James, and Andrew, and divorced in 1974. Next, Aldrin was married to Beverly Van Zile from 1975 to 1978. He wed his third wife, Lois Driggs Cannon, in 1988; they divorced in 2012. Aldrin has mostly resided in the Los Angeles and Orange County areas throughout his life, including in Beverly Hills, Westwood, Emerald Bay, and Laguna Beach. He has also lived in Satellite Beach, Florida.

Among his myriad honors, Aldrin was awarded the Air Force Distinguished Service Medal in 1969 for his role with Apollo 11. He also received the Legion of Merit for his Gemini and Apollo service, as well as the NASA Distinguished Service Medal and the Collier Trophy, the latter of which was presented to the entire crew of Apollo 11. In 1982, he was one of ten Gemini astronauts inducted into the International Space Hall of Fame. Later, he was inducted into the US Astronaut Hall of Fame, the National Aviation Hall of Fame, and the New Jersey Hall of Fame. 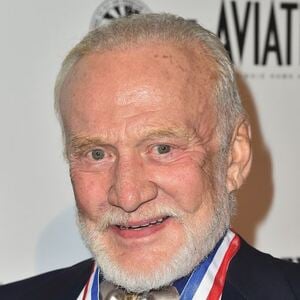