Bubba The Love Sponge Net Worth

in Richest Celebrities
Bubba The Love Sponge Net Worth:
$4 Million

He was born as Todd Alan Clem on April 23, 1966 in Warsaw, Indiana. He began his radio career at Indiana Stae University's WISU-FM. Following graduation, one of his first jobs was at WGRD in Michigan where he worked on an evening show. Clem was in trouble almost immediately due to the sexual content of his show. After Roger's Department Store canceled their account with WGRD, management at the station removed Clem from his position.

Career Milestones: Bubba's show aired on Tampa's WFLX from 1992 to 1996. He then moved over to WXTB-Tampa from 1996 to 2004. In 2005 Bubba was hired by Sirius Satellite to host an afternoon on Howard Stern's Howard 101 channel. In January 2008 he also began airing a censored FCC-compliant morning show on WHPT in Tampa. For a time, Sirius aired the FCC compliant version in mornings, followed by an uncensored second show in the afternoon. In 2009 Sirius chose to only air the censored FM replays during the week with one live uncensored show on Friday afternoons. A year later Bubba left Sirius altogether. He continues to broadcast a terrestrial radio show today that is on the internet.

Bubba was a backstage interviewer for Total Nonstop Action Wrestling for one month in 2010. He was fired after making negative remarks about the 2010 earthquake disaster that left Haiti in ruins, and using racially-charged remarks against one of the wrestlers.

On-Air Controversies: In 2001, while on the air at WXTB in Tampa, Clem slaughtered and barbecued a wild Florida Boar that had been captured by a professional hunter. He broadcast sound effects of hogs feeding to lead listeners to believe the hog was being harassed. This incident led to Clem, his executive producer, and two other people to be charged with animal cruelty, the trial received coverage outside Florida on Court TV; eventually, the defendants were acquitted by the jury. Around this time, the FCC issued a Notice of Apparent Liability and a $755,000 fine against four stations owned by Clear Channel for objectionable segments of Bubba the Love Sponge that included graphic discussions about sex and drugs. Shortly after, Clear Channel discontinued Clem's show and the CEO of Clear Channel testified in front of Congress that the show would no longer be broadcast on Clear Channel.

Personal Life: Clem has been married and divorced twice. He has one child, Tyler Clem. He married Heather Cole in January 2007. His friend, wrestler Hulk Hogan, served as best man. Bubba and Heather separated in 2011. He legally changed his name to Bubba the Love Sponge Clem in 1998.

Hulk Hogan Sex Tape: In 2006, a year before their marriage, Bubba gave Heather permission to have sex with Hulk Hogan in their bedroom. Hogan would later claim that he was depressed from his divorce and had been relentlessly hit on by Heather. Hogan testified that he stopped by their house just to say hello and ended up having sex with Heather. On a video recording that was subsequently released, Clem could be heard encouraging Heather and Hulk to go "do their thing" and that he would hang out in his office. Upon completion of the act and Hulk's departure, Clem was heard saying "if we ever need to retire, here is our ticket."

Hogan did not know he was being recorded and did not want a recording released. In 2012 an editor named A.J. Daulerio at Gawker.com published a two minute clip of the 30 minute video that featured 10 seconds of explicit sexual footage. Hogan demanded that Gawker remove the video. When they did not, he sued Gawker and in 2016 won a $140 million settlement which was later reduced to $31 million and caused Gawker to declare bankruptcy.

Hogan sued Clem and Heather, eventually reaching an undisclosed settlement that also called for Clem to make a public apology.

Real Estate: For many years Bubba's primary residence was a 6,400 square-foot property in Saint Petersburg, Florida. He built the home on what was a vacant lot originally purchased in 2000. This is where the sex tape incident went down. He listed the home for sale in June 2017 for $1.8 million. He finally found a buyer in 2019 for $1.285 million. 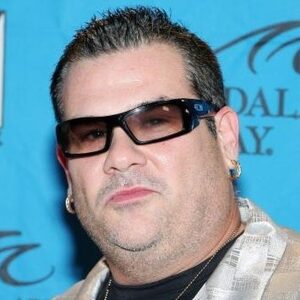