Bryant Gumbel net worth and salary: Bryant Gumbel is an American television journalist and sportscaster who has a net worth of $25 million. He is best known for his 15 years serving as the co-host of the "Today Show" and "Real Sports with Bryant Gumbel."

Early Life: Bryant Gumbel was born in New Orleans, Louisiana, on September 29, 1948. He is the son of city clerk Rhea Alice and Richard Gumbel, who worked as a judge. The family moved to Chicago when he was a child. Gumbel was raised Catholic and attended and graduated from the De La Salle Institute in Chicago, while growing up in the South Side of the city. Gumbel attended Bates College where he studied Russian history. In school, he was the editor of Black Sports Magazine.

Career: Bryant Gumbel graduated from Bates College in the early 70s, and began working as a sportscaster almost immediately after graduation. His first job was with KNBC-TV in Los Angeles. He began working for NBC Sports in the mid-70s. He hosted multiple major league sporting events for NBC throughout the late 70s and early 80s, as well as serving as a sports correspondent for the Today Show. He hosted the prime time coverage of the 1988 Summer Olympics in Seoul and the PGA tour in 1990.

Gumbel began working on the Today show as the program's chief sports reporter, contributing twice-weekly features to the program including a regular series called "Sportsman of the Week," which featured up-and-coming athletes. In June 1981, it was announced that Tom Brokaw would be departing "Today" to anchor the "NBC Nightly News" with Roger Mudd. The search began for Brokaw's replacement and the initial candidates were all NBC news correspondents including John Palmer and Chris Wallace. Throughout the summer of 1981, candidates auditioned on-air for Brokaw's job while he was on vacation.

Gumbel became a top candidate for the job by chance, when he served as a very last-minute substitute for Jane Pauley in August 1981. Executive producer Steve Friedman and other NBC executives were so impressed that Gumbel quickly became the front runner for the "Today" co-anchor position. Although Friedman and other NBC executives favored Gumbel as Brokaw's replacement, others in the NBC News division felt strongly that Brokaw should be replaced by a fellow news correspondent, not a sports reporter. NBC News decided to compromise and selected Gumbel as the program's anchor and Wallace as a third, Washington-based Anchor. Gumbel officially replaced Brokaw on January 4, 1982. The Gumbel-Pauley-Wallace arrangement resulted in chaos and lasted just nine months. 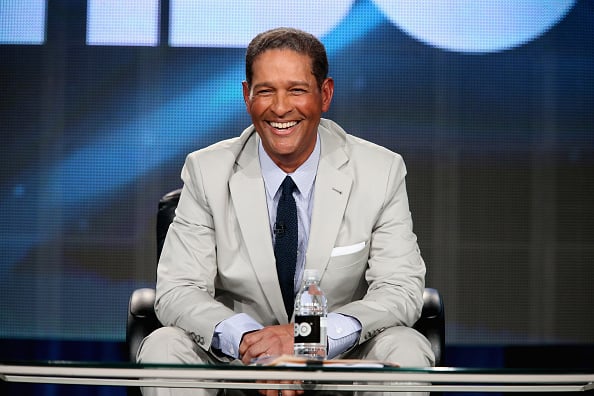 With ABC's "Good Morning America" beating "Today" in ratings and rapidly increasing its lead, NBC News made the decision to make Gumbel the principal anchor of "Today" in September 1982 with Pauley as his co-anchor. Wallace went on to become the chief White House correspondent, covering President Ronald Reagan. Gumbel and Pauley struggled to find a rhythm for the first two years together as "Today" anchors, but the "Today Show" became the most popular morning newscast. Pauley departed "Today" in December 1989 and Gumbel was joined by Deborah Norville in a short-lived pairing that lasted just a year. She was replaced by Katie Couric in April 1991 and the Gumbel-Couric team helped refocus the show as the morning news program on public affairs during the 1992 presidential campaign. By December 1995, the program had returned to first place in the ratings. Gumbel's work on "Today" earned him several Emmys and a large following of fans. He is the third longest-serving co-host after Matt Lauer and Katie Couric. Gumbel stepped down from the show on January 3, 1997, after a run of 15 years.

After his run on "Today," Gumbel moved on to CBS to host "Public Eye with Briant Gumbel." Although it won a Peabody Award, it lasted just one season before being canceled. He became co-host of CBS's "The Early Show" in November 1999. He was hosting "The Early Show" on the morning of September 11, 2001. He was the first to announce the September 11 attacks to CBS viewers. He left the "Early Show" and CBS on May 17, 2002. Since 1995, he has hosted HBO's acclaimed investigative series "Real Sports with Bryant Gumbel." It won a Peabody Award in 2012. The Los Angeles Times called "Real Sports with Bryant Gumbel" the "flat out TV's best sports program."

Outside of journalism, Gumbel has made appearances in shows and movies such as "The Weather Man" and "Seinfeld."

Personal Life: Gumbel was married to flight attendant June Baranco from 1973-2001. The couple had two children, Bradley and Jillian." In 2001, after a bitter and highly publicized process, Bryant and June got divorced. While the reason for the divorce is not openly discussed by Bryant, June has publicly claimed there were infidelity issues. Bryant got remarried to his longtime friend Hilary Quinlan in August 2002 at the Breakers Hotel in Palm Beach with only about 25 friends and family members in attendance. The two had been engaged since December 2001, four months after the finalization of his divorce from June. 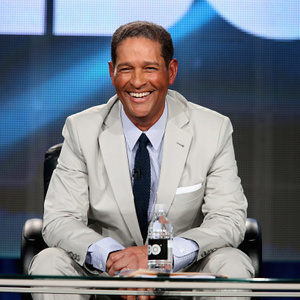