How much is Bruno Tonioli Worth?

Bruno Toniolo net worth: Bruno Toniolo is an Italian-born British dancer, choreographer, and television personality who has a net worth of $16 million dollars. A former professional dancer and noted choreographer, Bruno Tonioli has choreographed shows for Tina Turner, Duran Duran, and The Rolling Stones, among other artists. He is currently a judge on "Dancing with the Stars", and the British dance show, "Strictly Come Dancing". Toniolo was born in Ferrara, Emilia-Romagna, Italy in November 1955. He was a member of Paris company La Grande Eugene in the 70s and joined the Lindsay Kemp company. He appeared in the "I'm Still Standing" video by Elton John. He has choreographed for artists Tina Turner, Elton John, Sting, the Rolling Stones, Boy George, Duran Duran, Freddie Mercury, Michael Jackson, and Paul McCartney. He has film credits for What a Girl Wants, Ella Enchanted, and many more. He was part of the show Dance War: Bruno vs. Carrie-Ann and is known for being a judge on Dancing with the Stars. Toniolo sparked a controversy after criticizing Michael Bolton's dancing on the show. He released his autobiography in 2012 titled Bruno Toniolo: My Story. He was a creator of the BBC show DanceX. He is also known for his work on Strictly Come Dancing and Making Your Mind Up. 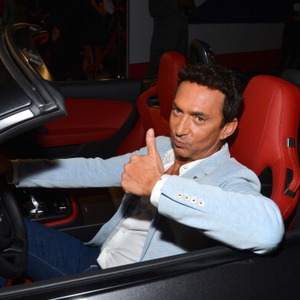