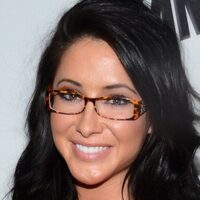 Bristol Palin Net Worth: Bristol Palin is an American speaker and reality television personality who has a net worth of $500 thousand. She is best known as the oldest daughter of Todd and Sarah Palin, the 9th Governor of Alaska and Republican candidate for Vice President during the 2008 Presidential Election.

Bristol Palin was born October 18, 1990 in Wasilla, Alaska. Bristol came into prominence at age 17 when her pregnancy was revealed—just as her mother (Sarah Palin) was chosen as the running mate of Republican nominee John McCain. It was also announced, simultaneously, that she was engaged to the father of her child, Levi Johnston. Bristol gave birth to her son Tripp on December 27, 2008 and a few months later broke off her engagement to Johnston. He later filed a custody case in a local court, which ended in Bristol's favor. The two were re-engaged in July 2010, but broke it off only three weeks later. Since being thrust into the spotlight, Bristol began working with the National Campaign to Prevent Teen and Unplanned Pregnancy, geared toward informing young people about the consequences of teenage pregnancy and the benefits of abstinence. She went on to make several television appearances, first on ABC's Family's Secret Life of the American Teenager and later in the dancing competition show Dancing with the Stars, where she reached the finals, finishing in third place. In the summer of 2011, Palin released a best-selling memoir entitled Not Afraid of Life: My Journey So Far. In the summer of 2012, she starred in the Lifetime show Bristol Palin: Life's a Tripp.