What is Bridget Marquardt's net worth?

Bridget Marquardt is an American model and television personality, best known for appearing on the reality television series "The Girls Next Door" alongside Kendra Wilkinson, Holly Madison and Hugh Hefner. As of this writing, Bridget Marquardt's net worth is $3 million. Additionally, she has been in nude pictorials with costars from the show. Marquardt has also appeared on a number of other reality TV series, including "Kendra," "Holly's World," and "Celebrity Ghost Stories."

Bridget Marquardt was born in 1973 in Tillamook, Oregon. Shortly after she was born, her mother moved the family to California. When Marquardt was in the fifth grade, her parents divorced. Her mother subsequently remarried, and the family moved to the stepfather's ranch. Marquardt has a younger brother named Edward and a half-sister named Anastasia. As a teen, she went to Galt High School before transferring to Lodi High School, and graduated in 1990. For her higher education, Marquardt enrolled at San Joaquin Delta College, from which she graduated with an associate's degree. She then matriculated to California State University, Sacramento, graduating with a bachelor's degree in communications in 1998. A few years later, she earned a master's degree in the same subject from the University of the Pacific in Stockton.

Heeding the advice of friends who suggested she pose for Playboy Magazine, Marquardt sent a letter to Playboy asking how she could become a Playmate. In 1998, she joined in Playboy's Millennium Playmate search. Following her graduate school education, Marquardt moved to Los Angeles, where she did local modeling jobs and took on minor acting roles. She tested twice for Playboy, but was unsuccessful both times. However, Marquardt was eventually invited to the Playboy Mansion, becoming a regular there. Later, in 2002, she was invited to move in and become one of Hugh Hefner's girlfriends.

"The Girls Next Door"

In 2005, Marquardt began appearing on the E! reality television series "The Girls Next Door," created by Kevin Burns and Hugh Hefner. The series, which ran until 2010, focused on the lives of Hefner's girlfriends who resided with him at the Playboy Mansion in Los Angeles. Marquardt appeared in the first five seasons of the show alongside fellow girlfriends Holly Madison and Kendra Wilkinson. The success of the show was such that Playboy published a nude pictorial of Marquardt, Madison, and Wilkinson in its November 2005 issue. Subsequently, two more pictorials were published in September of 2006 and March of 2008. The final episode of "The Girls Next Door" to star Marquardt, Madison, and Wilkinson was watched by around 2.5 million viewers. 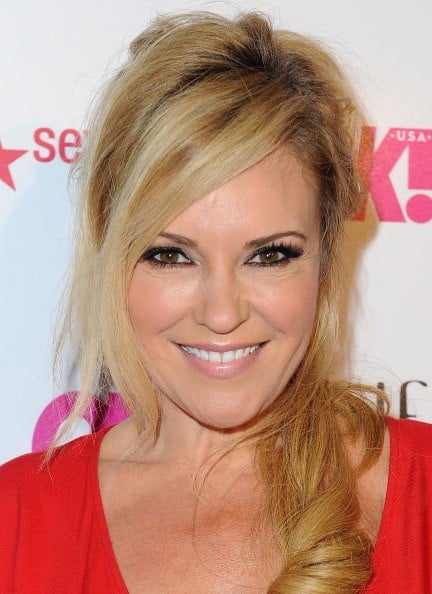 Marquardt has made appearances as herself on numerous other television programs. The same year she began on "The Girls Next Door," she was in episodes of the HBO comedy series "Curb Your Enthusiasm" and "Entourage." In both, she appeared with Holly Madison and Hugh Hefner. In 2006, Marquardt was in episodes of "Robot Chicken" and "Celebrity Paranormal Project." The next year, she made appearances on the reality competition series "The Apprentice: Los Angeles," "Identity," "The Search for the Next Elvira," and "Phenomenon." She also guest-starred on the daytime soap opera "General Hospital."

In 2008, Marquardt and her costars from "The Girls Next Door" competed in an episode of NBC's "Celebrity Family Feud." Also that year, Marquardt appeared in an episode of "Last Comic Standing" with Madison and Wilkinson. Next, she hosted the short-lived Travel Channel show "Bridget's Sexiest Beaches," and guest-starred on the E! reality series "Kendra," a spinoff of "The Girls Next Door" that documented the life of model Kendra Baskett. Marquardt was then on the reality series "Holly's World," starring Holly Madison. Subsequent credits include the motoring series "Top Gear US" and the paranormal reality series "Celebrity Ghost Stories" and "Ghost Adventures." At one point, Marquardt had plans for her own reality show, but the E! network declined to pick it up.

Beyond television, Marquardt has been in a handful of feature films. She appeared in the Coen brothers' 2003 romantic comedy "Intolerable Cruelty" as Santa Fe Tart, and played Scarlet Salenger in the direct-to-DVD movie "Kottentail." In 2006, Marquardt made a cameo in the comedy sequel "Scary Movie 4." Later, in 2008, she had a minor role as herself in the comedy film "The House Bunny," appearing alongside Hugh Hefner and her fellow models. The next year, she co-starred with Holly Madison in the direct-to-DVD horror film "The Telling," which she also produced. The majority of the film was shot at the Playboy Mansion and the Hollywood Castle.

Marquardt has been involved with various other media endeavors in addition to television and film. She has lent her voice to the video games "Postal 3" and "Playboy: The Mansion." In 2007, she began a Sirius Radio show called "Bridget & Wednesday Friday Show." The same year, Marquardt, Madison, and Wilkinson appeared in the music video for Nickelback's "Rockstar." In 2012, Marquardt was a contributor to Yahoo's "Animal Nation" series, for which she wrote articles and filmed short documentary pieces.

In 1997, Marquardt married Chad Marquardt. They divorced in 2008. Subsequently, she started dating filmmaker Nicholas Carpenter, with whom she lived in the Sherman Oaks area of Los Angeles. Marquardt and Carpenter got engaged in 2015. 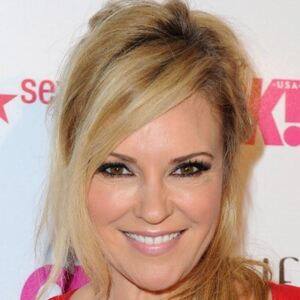