What is Brian Williams' Net Worth and Salary?

Brian Williams is an American news anchor who has a net worth of $50 million. Brian worked in various positions at NBC for 28 years, announcing his departure in November 2021. In his later years, Brian served as the chief anchor for the NBC News cable news channel MSNBC. He was also the host of the network's program "The 11th Hour with Brian Williams".

Williams' career took a big leap in 2004 when he became the main presenter of NBC's Nightly News, succeeding journalist and author Tom Brokaw. His initial salary was $8 million per year. It increased to $10 million in 2006. By 2014, his salary had been upped to $13 million per year. After his scandal and relegation to MSNBC, Williams' salary was reduced to $6 million per year.

Brian Douglas Williams was born on May 5, 1959, in Ridgewood, New Jersey. He is the youngest of four siblings, and was raised in a Catholic family of mostly Irish descent. His parents are Dorothy May (née Pampel) and Gordon Lewis Williams. His father worked as an executive vice president of the National Retail Merchants Association, and his mother was an amateur stage actress. He spent his early years in Elmira, New York, before the family moved to Middletown Township, New Jersey. He graduated from Mater Dei High School, where he was the editorial editor at the school's newspaper. As a teen, he also worked at the Middletown Township Fire Department as a volunteer firefighter for three years. He continued his education at Brookdale Community College, before transferring to The Catholic University of America and then George Washington University. However, he never actually ended up graduating with a college degree.

Williams started out as a white house intern before working for the National Association of Broadcasters. His career in broadcasting began in 1981 at KOAM-TV in Kansas. He then worked as a general assignment reporter at WTTG-TV in Washington, D.C., before moving to WCAU at Philadelphia, and WCBS in New York City.

Williams' big break came in 1993 when he joined NBC News as an anchor on the national program "Weekend Nightly News". He was soon promoted to chief White House Correspondent. Then, in the summer of 1996, he landed his own show "The News with Brian Williams", on which he served as both anchor and managing editor. The show was broadcast on MSNBC on CNBC. At the same time, he was the primary substitute anchor and weekend anchor for "The NBC Nightly News with Tom Brokaw". He made regular appearances on John Stewart's version of "The Daily Show". He also frequently appeared on NBC's comedy "30 Rock" as himself. Williams officially replaced Tom Brokaw as anchor on "NBC Nightly News" from 2004 to 2015, and also hosted "Rock Center with Brian Williams" from 2011 to 2013. "Rock Center" was the first new NBC News program that launched in a primetime spot in almost two decades, and replaced the drama "The Playboy Club". Ultimately, it was cancelled in 2013 due to the combined factors of low ratings and difficulty finding the show a permanent time slot. 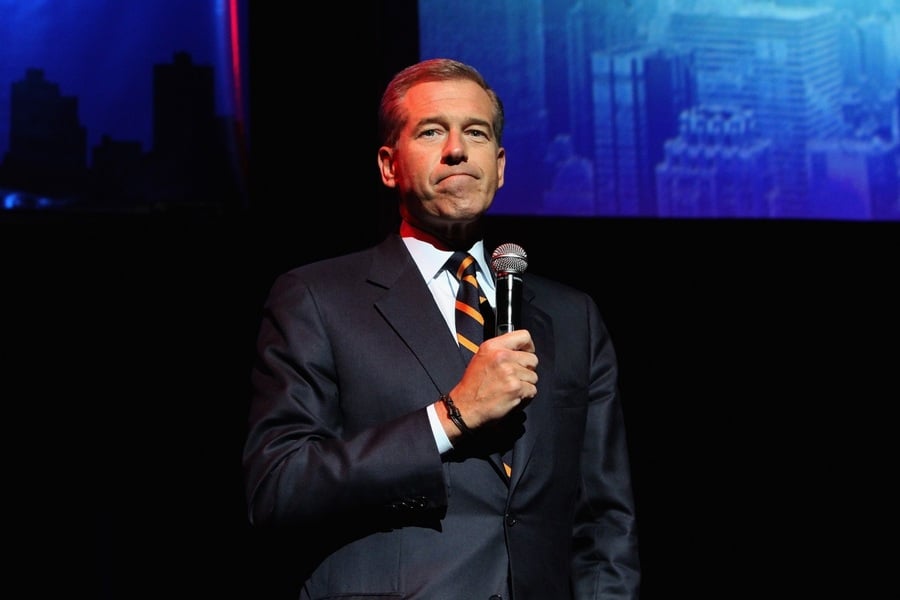 Williams then joined MSNBC in 2015 as their Chief Breaking News Anchor. While with MSNBC, he has covered notable events such as Pope Francis's visit to the US, terrorist attacks in Europe, and the Umpqua Community College shooting. For the 2016 US presidential elections, Williams also served as chief elections anchor for MSNBC. In 2016, he became the anchor of the nightly wrap-up show "The 11th Hour with Brian Williams", along with his co-anchor Rachel Maddow. Williams, Maddow, and analyst Nicolle Wallace, lead the MSNBC team covering the 2020 US presidential election.

In 2015, Williams was suspended for six months from "NBC Nightly News" for misrepresenting his Iraq War experience. He had claimed on a January 30, 2015 broadcast that a military helicopter he traveled in while covering the Iraq War back in 2003 was "forced down after being hit by an RPG". He first told the story in 2003. His story was disproved when crew members that were on board the helicopter at the time stepped forward and spoke out against his version of events.

Notably, for Williams's team's coverage of Hurricane Katrina on "NBC Nightly News", the network won a Peabody award. The show itself also won the George Polk Award and the duPont-Columbia University Award. Additionally, Williams was highly praised for his reporting on Hurricane Katrina, and the New York Times even called his Katrina coverage as "a defining moment". Other awards Williams has won include the Walter Cronkite Award for Excellence in Journalism from Arizona State University in 2009, eleven Edward R. Murrow Awards and twelve News & Documentary Emmy Awards. Additionally, he was named on Time Magazine's list of the 100 most influential people in the world in 2007.

In the 1986, Williams married TV Producer Jane Stoddard Williams. Together they have a son and a daughter. Their daughter, Allison Williams, starred on the HBO comedy "Girls" and in the acclaimed film "Get Out" (2017). Their son, Doug Williams, is the late-night anchor of "Geico SportsNite", which airs on the regional New York metropolitan area channel SportsNet New York. 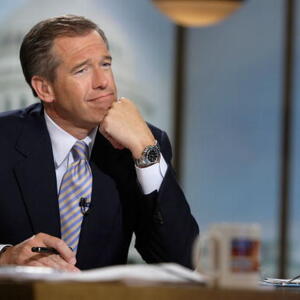