How much is Brian Eno Worth?

Brian Eno net worth: Brian Eno is a British musician and artist Brian Eno who has a net worth of $60 million. Brian Eno's impact on pop culture is indefinably vast. In addition to his net worth, he's acted as a creative muse or collaborator with some of the biggest artists in rock, such as David Bowie, David Byrne, U2, and more. He's also had a thriving and cultishly followed solo career that's spanned decades as well as multiple art forms. Eno's career as a professional musician began with the band Roxy Music. He started as a producer only, but eventually became a touring and performing member of the band, often putting on elaborate costumes for the shows. He quit the band after creative disputes, and started on a solo career both as a performer in albums like Here Come The Warm Jets and a producer and writer. One of his more famous works in this capacity is with David Bowie, with whom he wrote and contributed creatively to the "Berlin trilogy" of albums, which includes Low, "Heroes," and Lodger. Despite the fact that Eno wasn't technically a producer on these albums, they definitely evince what would later be known as the "Eno sound," with a lot of soaring electronic soundscapes and computerized "beeps." 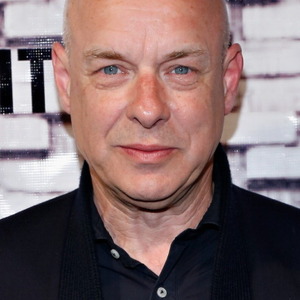