Dunkleman was born on Ellicottville, New York on September 25, 1971. He started his career doing stand-up comedy in 1992 and soon won the honor of Buffalo's Funniest New Comedian. Some of his credits include a performance at HBO's Aspen Comedy Arts Festival, NBC's Late Friday, and TBS's Very Funny at the Laugh Factory. Dunkleman has also been a guest on The Tonight Show. He famously left American Idol after one season in 2002, reportedly because he did not like that the show was mean to the contestants. It has also been rumored that he knew he was going to be fired and decided to quit first instead. On a 2008 appearance on The Howard Stern Show, Dunkleman admitted that leaving American Idol, regardless of how it happened, was a huge mistake. In 2008 he lost 15 pounds and won the grand prize on the reality television weight loss show Celebrity Fit Club. For many years he performed stand up regularly at the Laugh Factory in Los Angeles and at The Improv. He also made appearances as the host for Fremantle Media's show Family Feud Live in Las Vegas and Atlantic City. He was also an extra in a scene from The Simpsons Movie DVD. Dunkleman married Kalea Nassif in 2007. They have one son together. In January 2019 it was revealed that the couple had been going through a bitter divorce for nearly two years. In one of the court filings Brian disclosed that his was working as an Uber driver and had recently stopped doing standup so he could spend more time with his son. 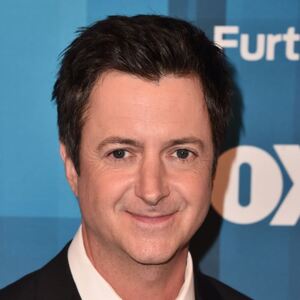