Brent Musburger Net Worth and salary: Brent Musburger is an American sportscaster who has a net worth of $18 million and annual salary of $4 million. Brent Musburger was born May 26, 1939 in Portland, Oregon. Formerly with CBS Sports and one of the original members of their program The NFL Today, Musburger has also covered the NBA, MLB, NCAA football and basketball and NASCAR.

Musburger has also served as a studio host for sports games, a play-by-play man and halftime host. He has performed post-game wrap up segments and covered championship trophy presentations. He is a member of the Montana Broadcaster's Association Hall of Fame. Musburger began his career as a sportswriter for the now-defunct Chicago American newspaper. In 1968, he wrote a column regarding Tommie Smith and John Carlos's protest of racial injustice in the United States with a Black Power salute on the medal stand during the 1968 Summer Olympics. In it he stated "Smith and Carlos looked like a couple of black-skinned storm troopers" who were "ignoble," "juvenile," and "unimaginative. In a subsequent article in 1999 in the New York Times, Musburger stated that comparing the two to the Nazis was "harsh", but he stood by his criticism of the pair's actions. In 1968, Musburger began a 22-year association with CBS, first as a sports anchor for WBBM radio and later for WBBM-TV. In the mid-1970s Musburger moved to Los Angeles and anchored news and sports for KNXT (now KCBS-TV); there he worked alongside Connie Chung as a co-anchor on KNXT's evening newscasts from 1978 until 1980, when he joined CBS Sports full-time. In March of 2014, it was announced that Brent Musburger would be pulled off of ABC's college football game of the week (with Kirk Herbstreit) and that Musburger would be shifting to ESPN's upcoming SEC Network to call weekly games with former University of Florida quarterback Jesse Palmer. The 74-year-old broadcasting legend will also continue to call Big 12 basketball games and college football bowl games on ESPN networks.

Musburger and Palmer made their on-air debut when Texas A&M traveled to South Carolina for the SEC Network's 2014 season opener. 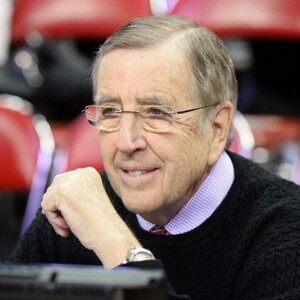