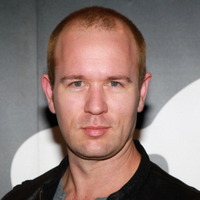 Brendon Small Net Worth: Brendon Small is an American sitcom writer, producer, actor, comedian, voice actor, composer, and musician who has a net worth of $12 million dollars. Brendon Small was born on February 15, 1975 in Springfield, Illinois where he started learning guitar at age 14 after a kid in his neighborhood began teaching him about guitar and music. His family moved to Northern California when he was young and he graduated from Salinas High School in Salinas, California. He graduated from Berklee College of Music in 1997. During his music studies he concurrently took several writing and comedy classes at Emerson College. After graduating, he felt that the rock music genre was fading in popularity so decided to try his hand at comedy. Small was performing at The Comedy Studio in Harvard Square when he was spotted by Loren Bouchard, who at the time was casting for the central character for a pilot which eventually evolved into "Home Movies". He is best known as the co-creator of the 1999 animated series "Home Movies" and "Metalocalypse" and as the creator of the virtual death metal band Dethklok. Brendon Small was the co-creator, writer, voice actor, composer and musician for "Home Movies", which initially aired on the UPN television network and then moved to Cartoon Network's Adult Swim. The final episode of aired on April 4, 2004, after running four seasons. Small lives in Los Angeles with his wife Courtney.