How much is Brandon Dicamillo Worth?

Brandon DiCamillo net worth: Brandon DiCamillo, most famous for his work in the comedy franchise Jackass, has a net worth of $650,000. His net worth may not seem much for a famous member of the comedy troupe, but he has his fare share of fame from other channels as well. His first claim to fame was through the underground video series CKY (short for "Camp Kill Yourself"), through which he ended up being affiliated with Jackass. On the CKY videos, DiCamillo's specialties were prank calls and freestyle rapping, both of which skills he can also be seen demonstrating on Jackass. He's also released albums on the internet full of his prank calls, and reportedly plans to do a freestyle rap album at some point in the future. In addition to Jackass, DiCamillo has worked on the spin off shows Viva La Bam and Bam's Unholy Union, vehicles for skateboarder Bam Margera. Despite the success of Jackass and the other related shows on MTV, DiCamillo has managed to retain his underground sensibility, reportedly hating the kind of "corporate work" that a show on a major TV channel like MTV requires. Regardless of the compromises required of him, Brandon DiCamillo remains one of the most unique voices to come from Jackass, so his street cred can't really be doubted. 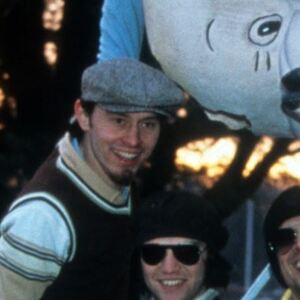