Brandon Davis net worth: Brandon Davis is an American oil fortune heir who has a net worth of $55 million dollars. Born in the United States, Brandon Davis is the grandson of the late petroleum mogul and philanthropist Marvin Davis. He is one of the heirs to the Davis Petroleum fortune. Always somewhat in the spotlight due to his famous family, he has become known as a party animal and infamous womanizer. He is most widely recognized as the man who dubbed Lindsay Lohan, "fire crotch", a comment for which he later apologized. He has been arrested for drug possession and been in and out of rehab. Though his personal life seems to be problematic, he has shown some business acumen, recently negotiating what many consider to be one of the largest real estate deals in Hollywood history. He has also "dabbled" in acting, appearing in the film, "Who's Your Daddy", and on such television programs as "First Monday", "Even Stevens", and "MTV's Undressed". 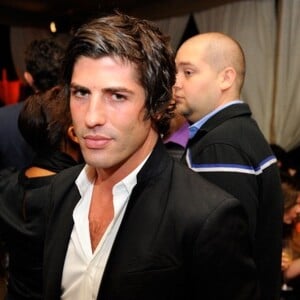