How much is "Boston Rob" Mariano Worth?

"Boston Rob" Mariano Net Worth: "Boston Rob" Mariano is an American television personality who has a net worth of $1.3 million. "Boston Rob" Mariano has earned his net worth from his appearance on several reality television shows. He has appeared on Survivor and The Amazing Race. He was the winner of Survivor: Redemption Island and took home the $1,000,000 prize. It took Mariano four seasons on the Survivor series to finally become a winner. He appeared on the Amazing Race alongside his wife Amber Brkich Mariano. He was born on December 25, 1975 in Canton, Massachusetts. He played golf and tennis during his days at Xaverian Brothers High School. He holds a Bachelor of Arts degree in psychology that he earned at Boston University. At 25 he was working in construction when he made his first appearance on Survivor. Rob is the only player to appear four times on Survivor. Rob and Amber's wedding was filmed as a two-hour special on CBS. That ceremony took place at the Atlantis Paradise Island in the Bahamas, and aired on May 24, 2005. Today Rob and Amber have four children. Rob is an avid baseball fan. He even wore a cap of his favorite team, the Boston Red Sox, on three of his four seasons on Survivor. Today Rob runs a production company called Murlonio Productions. He also released an advice book called "The Boston Rob Rulebook". 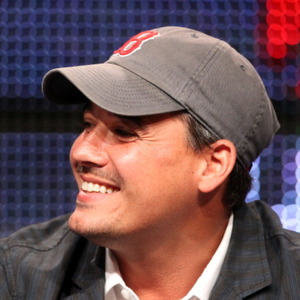