How much is Bobbi Kristina Brown Worth?

Bobbi Kristina Brown net worth: Bobbi Kristina Brown was an American heiress and reality star who had a net worth of $20 million dollars at the time of her death (held mostly in trust). Born in March of 1993, Bobbi Kristina Brown was the only child of Whitney Houston, and the fourth child of Bobby Brown. Bobbi Kristina grew up in the shadow of both of her parents' successful music careers and controversial personal lives. Her mother was famous for both her powerhouse vocals and her string of successful films. Her mother's highest grossing films, "The Bodyguard" and "Waiting to Exhale", were released the year before Bobbi's birth, and after her birth, respectively. Her parents were the subject of a docu-drama on Bravo during her elementary school years, and she often followed one or the other on tour. After her parents divorced in 2007, Bobbi spent the majority of the time in her mother's home in Atlanta, though she was often there alone. Her parents were known to have used drugs, and many believe that this contributed to her mother's untimely death in 2012. It had also been widely reported that Bobbi also had a drug habit. Some even claimed that Bobbi was using drugs after her mother's funeral. On January 31st, 2015, Bobbi Kristina was found unconscious in a bathtub in her Atlanta home. She was rushed to a hospital and put in a medically-induced coma. Tragically, there were reports that the brain damage was insurmountable and therefore Bobbi was taken off life support.

When Bobbi Kristina turned 21, she received around $2 million from a trust fund that was established after her mother's tragic death. That represented around 10% of what was believed to be a $20 million trust. Another 15%, roughly $2.7 million, was to be distributed when she turned 25 in 2018. The remainder was supposed to be distributed on her 30th birthday. However, neither happened as Bobbi Kristina passed away on July 26, 2015.

Upon Bobbi's death, according to the terms of Whitney's will, the remaining funds will be evenly split among Whitney's mother Cissy and two brothers. Ex-husband Bobby Brown was an original beneficiary of Whitney's will, but he was removed when they divorced in 2007.

Assuming Bobbi does not have a will, her father would theoretically have a legitimate claim to whatever money has already been distributed, approximately $2 million. The one wrinkle in that plan will be Bobbi's boyfriend/alleged husband Nick Gordon. Nick claimed that he and Bobbi were married which would make him the closest direct beneficiary of the distributed money. A family lawyer so denied Nick's claim that they were actually married. In 2016 Nick Gordon was ultimately found "legally responsible" for Bobbi's death and ordered to pay $36 million in restitution to Bobbi's estate. 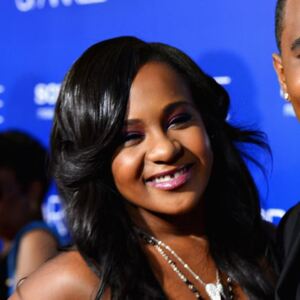