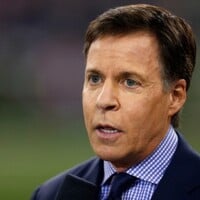 What is Bob Costas' Net Worth and Salary?

Bob Costas is an American sportscaster who has a net worth of $50 million. Best known for his role as a sportscaster with NBC Sports, Bob hosted a number of prominent sporting events, including a dozen Olympic games. His career with NBC began in 1980 and ended in 2019. He is also known for his play-by-play commentary and work with the MLB Network. In addition, Costas once had his own show called "Studio 42 with Bob Costas."

Over the course of his career, Bob Costas has won a number of notable awards. These include 8 National Sportcaster of the Year awards for the NSMA and four Sportcaster of the Year awards from the ASA. Costas has also won over twenty Sports Emmy Awards for his various hosting and announcing roles. These include Emmy awards for sports, news, and entertainment. He is the only person in television history to have won Emmys in all three categories.

Robert Quinlan Costas was born on March 22nd of 1952 in Queens, New York. Raised in a family with Greek heritage in Commack, Robert did not have a good relationship with his father. This poor relationship continues to this day. After graduating from high school, Bob attended Syracuse University. He spent the next few years studying at Syracuse's S.I. Newhouse School of Public Communications before graduating in 1974 with a communications degree.

Even before he had graduated from college, Bob was already beginning his career as a sportscaster. In 1973, he started working at an ABC TV affiliate while simultaneously acting as an announcer for the Syracuse Blazers hockey team. After graduating from university, the 22-year-old Costas worked at KMOX radio in St. Louis. At this point, he provided play-by-play commentary for the Spirits of St. Louis, a basketball team that played in the American Basketball Association. As his career progressed, Bob also provided play-by-play for the Missouri Tigers, the Chicago Bulls, and the St. Louis Blues whenever the first-choice announcer was unavailable.

Costas' journey with NBC began in 1980 when he was hired by Don Ohlmeyer at the age of 28. Throughout the next few years, Costas became a central figure at NBC, hosting coverage of NFL games, NBA games, Baseball games, boxing matches, NASCAR races, golf tournaments, and many other sporting events. He appeared on shows like "Game of the Week," "PBC on NBC," "Showtime," "Sunday Night Football," "Football Night in America," "The NFL on NBC," "NHL Live," and many others. In addition, Costas hosted NBC's coverage of every single installment of the Olympics Games from 1988 to 2016.

In 2017, it was announced that Bob was in the process of departing from NBC. By 2019, the separation was official. Outside of sports, Costas has hosted a number of talk shows, including "Later with Bob Costas," "Larry King Live," and "On the Record with Bob Costas." 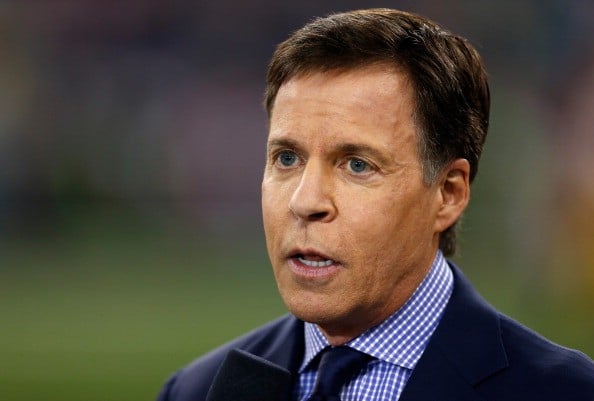 In 1983, Bob Costas married his first wife, Carole "Randy" Randall Krummenacher. Over the course of their relationship, they had two children together before separating in 2001. After Bobs placed a bet with Kirby Pucket that he would name his child after the baseball player if his batting average rose above .350, Costas agreed to change the name of his firstborn son to Keith Michael Kirby Costas. Both of Bob's kids eventually got into the sports new business, and both have won Sports Emmys as a result. In 2004, Costas married his second wife, Jill Sutton. They currently live in New York together.

In 2012, Costas suggested that America's gun culture was creating more deaths as a result of domestic disputes. This remark was seen as supportive of gun control measures and drew ire from various Republican groups, individuals, and politicians. Bob later defended his comments and called for more sensible gun control legislation.

In 2014, Bob received flak from conservatives once again after he seemingly praised Vladamir Putin for handling tensions in the Middle East. However, it was later revealed that his comments had been taken out of context for the most part, and he had actually criticized Putin in essentially the same breath when those comments were made.

In 2017, Costas suggested that football was in decline because concussions destroy people's brains. He also stated that he wouldn't allow his son to play the sport because of this reason. He was eventually removed from his position as Super Bowl LII host because of these comments, and he was never able to attend the event. Not only that, but these comments seemingly played a part in his departure from NBC after four decades.

Bob was hired by NBC in 1979 with a contract that paid $100,000 per year. That's the same as around $300,000 per year today. He stayed with NBC through 2019. During his nearly four-decade career at NBC, Bob earned around $100 million before taxes in salary. At the time of his retirement from NBC, he was earning a salary of $7 million per year.

In 2013, it was reported that Bob Costa and his wife had purchased a $4.7-million property in the Newport Coast community of California. Situated on a half-acre lot in a gated community, Bob's residence features a saltwater swimming pool, a spa, a pool house, and a separate cabana. There's also a guest casita for when he expects company. The main residence spans about 4,500 square feet of living space.