What is Bob Barker's Net Worth and Salary?

Bob Barker is a retired American TV game show host and animal activist who has a net worth of $70 million. He is best known for being the longest-running host on the game show "The Price is Right." Bob hosted the show from 1972 to 2007.

Robert William Barker was born in Darrington, Washinton, on December 12, 1923. He spent most of his time growing up on the Rosebud Indian Reservation in Mission, South Dakota, and is listed as an official member of the Sioux tribe on the U.S. Indian Census Rolls, 1885-1940. He is one-eighth Sioux. His mother was a school teacher, and his father was an electrical high line foreman.

Barker received a basketball scholarship to attend Drury College (now called Drury University) in Missouri. While there, he became a member of the Epsilon Beta chapter of Sigma Nu fraternity. During World War II, he left college and served as a fighter pilot in the US Navy, but before he got assigned to a seagoing squadron the war ended. After the war, he returned to college and graduated with a degree in economics.

While at college, Barker worked at the KTTS-FM radio station in Springfield. He then moved to Florida, where he worked as a news editor and announcer at WWPG 1340 AM in Palm Beach (now called WPBR in Lantana). Eventually, in 1950, he moved to California, and was given his own radio show in Burbank named "The Bob Barker Show", which ran for six years. It was while he was hosting an audience-participation show out in California that he was noticed by game show producer Ralph Edwards. Subsequently, Barker moved from radio to television, and began hosting "Truth or Consequences" in 1956. He continued with the show until 1974.

In 1971, while he was still the host of "Truth or Consequences", he was selected to host an NBC pilot called "Simon Says". Then, in early 1972, CBS became interested in a revival of "The Price Is Right" that was being proposing by Mark Goodson and Bill Todman. The network agreed to pick it up on the condition that Barker was selected as the host. Thus, on September 4, 1972, Barker began hosting the new modernized version of "The Price Is Right" on CBS. He continued in this role until he announced his retirement from the show on October 31, 2006, and officially stepped down as host in 2007. His last episode, which aired on June 15, was taped earlier that month on June 6, 2007. After retiring from the show, Barker has made three return appearances: once in April 2009, to promote his new autobiography; once in December 2013, to celebrate his 90th birthday; and once in April 2015, for an April Fools' Day joke where he briefly took over hosting duties from the current host at the time, Drew Carey.

For the last decade of his tenure on the show, Barker's annual salary was $10 million. 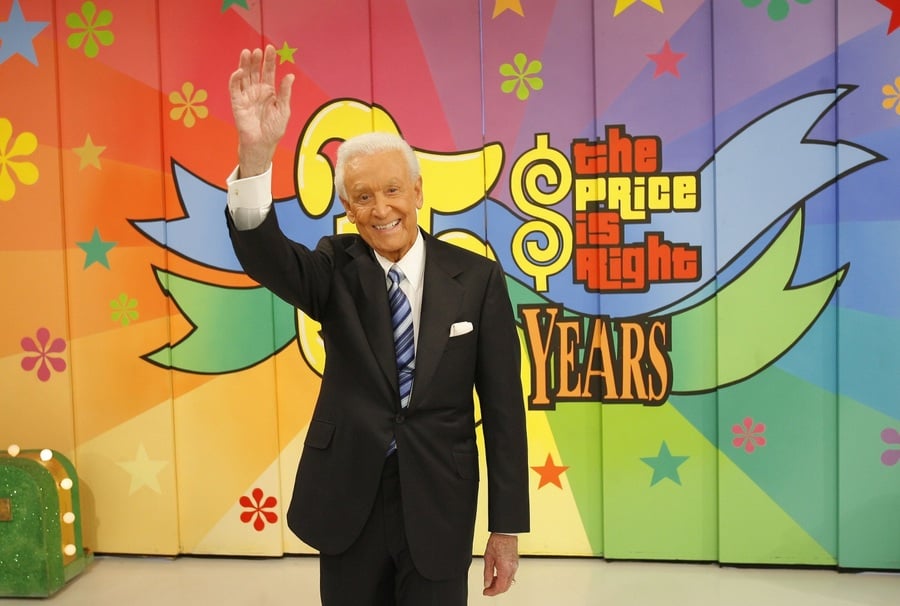 Bob Barker made a memorable cameo in the movie "Happy Gilmore" (1996) alongside Adam Sandler. In the movie, Sandler and Barker get into a fist fight on a golf course. The fight ends when Barker knocks Sandler out with a punch to the face. Barker has claimed in past interviews that not a single day goes by without someone seeing him in public and referencing that scene from the movie.

Additionally, Barker and his wife Dorothy Jo were semi-regular panelists on the game shows "Tattletales" and "Match Game". He has appeared on talk shows like "Dinah!", "Larry King Live", "The Arsenio Hall Show", "The Rosie O'Donnell Show", "The Ellen DeGeneres Show", and "The Wayne Brady Show". He has appeared in commercials for brands like State Farm Insurance, and also filmed an ad endorsing the Republican Party Congressional candidate David Jolly. He provided the voice of the character Bob Barnacle on the Nickelodeon animated series "SpongeBob SquarePants".

Barker's autobiography, "Priceless Memories", was published on April 6, 2009. It features stories and anecdotes from his 50-year career in television, as well as his early life. He was helped in writing the book by Digby Diehl, a former book review editor at the L.A. Times.

Bob was married to his high school sweetheart Dorothy Jo Gideon from 1945 until her death from lung cancer in 1981. Barker has never remarried, but he has been attached to several women, including one of the famous "Barker's Beauties", Dian Parkinson. That relationship lasted three years.

Today, although officially retired, he remains active in his support for animal rights. Bob is an avid supporter of animal rights and used to end each show with a famous phrase "Please remember to have your pets spayed or neutered".

Bob has participated in several protests against circuses for keeping animals trapped in cages and forcing them to perform tricks, often while under heavy sedation.

In 2010, Barker donated $5 million to the animal activist group Sea Shepherd Conservation Society. The money was used to purchase a ship which is now used to intercept and interrupt Japanese whaling boats. The boat was named the "MY Bob Barker": 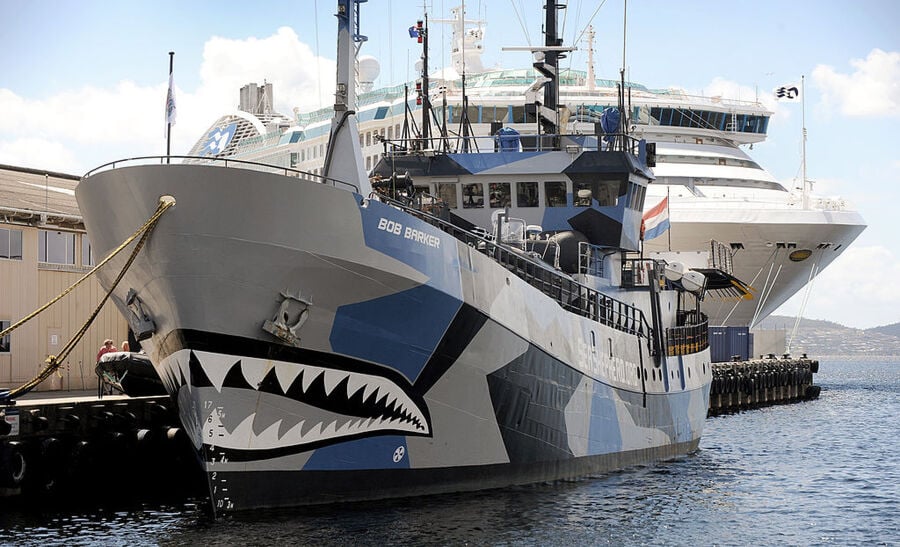 The group named their other whaling interceptor after the late Simpsons producer Sam Simon who donated hundreds of millions of dollars during his lifetime to various animal charities while also funding a vegan homeless food drive organization that feeds hundreds of people every week.

Bob Barker subsequently purchased a helicopter for the Sea Shepherd Society. He also donated $2.5 million to PETA to help build their Los Angeles headquarters which is now called the "Bob Barker Building". In 2014 he spent $700,000 to move three elephants from a Toronto zoo to a wildlife preserve in California. 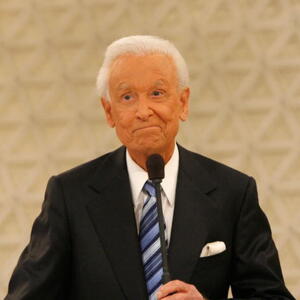