Billy Mays Net Worth: Billy Mays was an American television direct-response advertisement salesperson best known for promoting OxiClean, Orange Glo, Kaboom, and other cleaning, home-based, and maintenance products on the Home Shopping Network. Billy Mays had a net worth of $10 million dollars a the time of his death in 2009.

Billy Mays was born on July 20, 1958 in McKees Rocks, Pennsylvania and raised in Pittsburgh, Pennsylvania where he attended Sto-Rox High School and later West Virginia University where he was a walk-on linebacker on the football team during his two years there. After dropping out, he worked for his father's hazardous waste company before moving to Atlantic City, New Jersey in 1983. On the Atlantic City boardwalk Mays sold the Washmatik portable washing device to passersby, along with other "As Seen on TV" products. At a Pittsburgh home show in 1993, Mays struck up a friendship with rival salesman Max Appel, founder of Orange Glo International, a Denver-based manufacturer of cleaning products. He was then hired by the company to promote their line of cleaners, OxiClean, Orange Clean, Orange Glo, and Kaboom, on the Home Shopping Network in St. Petersburg, Florida. In 2009, the Discovery Channel began airing "Pitch Men", a documentary series that featured Mays in his job in direct-response marketing. Mays died on June 28, 2009 of heart disease. He was 50 years old. 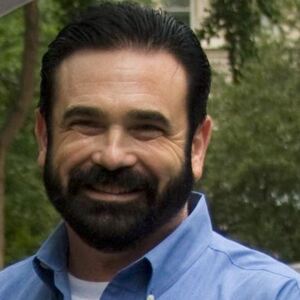