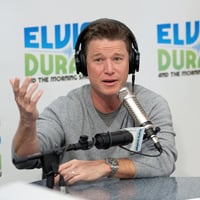 What is Billy Bush's Net Worth and salary?

Billy Bush is an American radio and television host who has a net worth of $13 million. Billy Bush is probably best-known for his time hosting "Access Hollywood," a syndicated entertainment-news show, which resulted in an infamous crude tape involving Donald Trump.

William ("Billy") Hall Bush was born October 13, 1971 in Manhattan, New York, to Josephine and Jonathan Bush. His older brother is Jonathan S. Bush, and his uncle on his father's side was George H.W. Bush. Bush attended middle school at St. Bernard's School in Manhattan and high school at St. George's School in Middletown, Rhode Island. Bush graduated from Colby College in 1994 with a Bachelor of Arts in international studies and government. In school, he was a four-year letterman and a two-time co-captain with the Colby Mules' men's lacrosse team.

Billy Bush could have pursued politics like his uncle George H. W. Bush or his cousin George W. Bush, but he instead opted for the world of entertainment. Bush began his career hosting the afternoon radio show on WLKZ-FM in Wolfeboro, New Hampshire. He later moved to Washington D.C. where he hosted the midday show on WARW-FM.

In 1997, he made a splash on his relatives' turf as the host of the Washington, D.C. morning show Billy Bush and the Bush League, but it was his 2001 appearance on the entertainment-news program "Extra" that led to Bush's small-screen career. In January 2003, he hosted a short-lived NBC prime-time version of "Let's Make a Deal." He also worked as a correspondent for WNBC-TV's "Today in New York" morning show.

Bush was a natural on camera and was soon invited to contribute segments to NBC's "Today Show." By the end of that year, he was working as an Access Hollywood correspondent and in 2004 he was promoted to full-fledged co-anchor. Bush made his mark by being unafraid to pose outrageous questions or poke fun at celebrities' images. For example, he once served pizza to Victoria's Secret models and asked Penélope Cruz if she could spell then-boyfriend Matthew McConaughey's surname. In 2004, Bush worked as a reporter for NBC at the 2004 Summer Olympics in Athens and was the host for "Access Hollywood's" courage of the 2006 Winter Olympics in Torino, as well as the 2008 Summer Olympics in Beijing.

After emceeing numerous specials, including beauty pageants and award-show countdowns, Bush landed a gig as the co-host of the Broadway reality series "Grease: You're the One That I Want" in 2007. The next year, Bush stood in for Meredith Viera for a week as the host of "Who Wants to Be a Millionaire" from April 21-25. 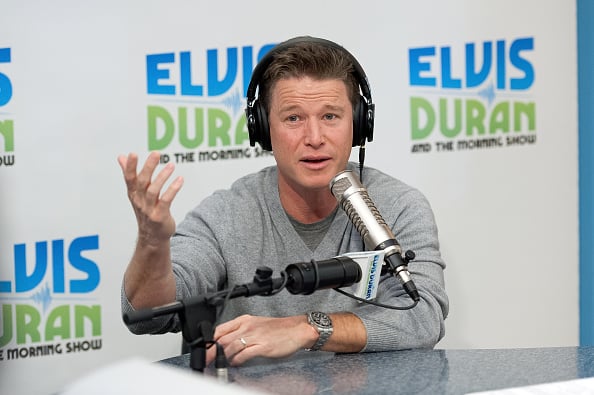 In 2008, he went back to his radio roots and launched The Billy Bush (radio) Show, a nightly talk radio and entertainment interview show. The show aired from KBIG in Los Angeles and is syndicated by Westwood One. Bush and "Access Hollywood" executive producer Rob Silverstein served as the show's executive producers. The show aired Monday through Friday and focused on the top entertainment stories in the news, featuring celebrity guests and listener calls.

Meanwhile, he continued to expand his presence on TV and became a co-host on daytime's "Access Hollywood Live" in 2010 alongside co-host Kit Hoover. The show, a sister show of "Access Hollywood," featured the hosts chatting on popular topics and live celebrity interviews. During this time, Bush and Hoover traveled together to the UK to cover for NBC Prince William's wedding to Kate Middleton.

During the 2016 Summer Olympics, Bush was the first reporter to interview American Olympic swimmer Ryan Lochte after the athlete claimed he was robbed at gunpoint in the middle of the night with three other competitors in Rio de Janeiro. Bush's interviewing skills were put through the wringer when critics claimed Bush did not ask the right questions that would have demonstrated that Lochte had fabricated the story.

Billy left "Access Hollywood" in 2016 after being named the co-host of the third hour of NBC's "The Today Show." In 2019, Telepictures announced they had hired Bush to be the host of "Extra," replacing Mario Lopez at the start of the 26th season on September 9, 2019.

Outside of hosting, Bush appeared as a grill sergeant in the 2010 film "Furry Vengeance" and had a small role in the 2014 Disney film "Big Hero 6." Bush has also made guest appearances on several TV shows including "30 Rock"

In October 2016, a video surfaced that showed Billy Bush and Presidential candidate Donald Trump making extremely lewd comments about groping women, with Trump either unaware or unconcerned that his microphone was hot. The video was made on the NBC Studios lot over the course of the taping of an "Access Hollywood" episode in September 2005. Some of the comments were about Nancy O'Dell who was Billy's Access Hollywood co-host at the time. Other comments were directed at a soap star. Bush is heard laughing about Trump's failed efforts to seduce a married woman. When the news of the footage first broke, Bush was at JFK airport waiting to take off for Los Angeles. By the time he arrived at LAX, a horde of paparazzi had gathered at the airport and at his home in Los Angeles, where they remained for more than a week.

In the fallout of the video, Billy was indefinitely suspended by The Today Show on October 9, 2016, a job he only had for three months and had tried to save immediately following the controversy. At the time his salary was $3 million. By October 17, 2016, he had been fired. He was

In November 2017, the New York Times reported that Trump had privately told people, including a sitting senator, that the voice on the "Access Hollywood" tape was not his. Bush quickly published an op-ed in the paper on December 3, confirming that the voice in the tape did indeed belong to the president.

Bush married Sydney Davis in April 1998. The couple has three daughters. They announced they were separating in September 2016. On July 15, 2018, they announced their divorce due to irreconcilable differences had been finalized.