Billy Blanks net worth: Billy Blanks is an American fitness guru, martial artist and actor who has a net worth of $20 million. Blanks is most popular for inventing his Tae Bo exercise program, which became a major American fitness craze. Tae Bo sold more than 1.5 million VHS tapes in its first year of release alone, generating $80 million in sales. To date, Tae Bo has generated well over $150 million in total revenue.

Early Life: Blanks was born in Erie, Pennsylvania as the fourth of fifteen children. While growing up, he suffered from undiagnosed dyslexia. Banks was born with an anomaly in his hip joints that impaired his movement. This caused him to be clumsy as a child and he did not excel at athletics. When he saw a Bruce Lee movie on television, he decided he wanted to be a martial-arts champion, and through studying karate, Banks found his calling.

Martial Arts Career: Blanks was originally hired as security/bodyguard for Catherine Bach, the lead actress in a film called "Driving Force", which was a film shot in Manila during a time of major political unrest. Blanks was able to impress the film's producers on such a level that he was written into the script, landing a supporting role in the process. Blanks worked on a number of martial arts films, which include "King of the Kickboxers" and "Bloodfist".

Blanks also went on to make appearances in films like Tony Scott's "The Last Boyscout", playing a pro-football player on the brink of self-destruction. Blanks also made an appearance as Ashley Judd's kickboxing instructor in the 1997 film "Kiss the Girls".

Tae Bo: Blanks continued to further develop his own Tae Bo workout, which he did while running/operating his own taekwondo studio located in Quincy, Massachusetts. Blanks incorporated components of martial arts training as well as boxing. The name Tae Bo is actually a portmanteau consisting of "Tae" (referring to taekwondo) and "Bo" (referring to boxing). Blanks opened his own fitness center in the Los Angeles area so he could teach this new workout, bringing it to the masses. Blanks had plans to use his location and status to attract major celebrity clients — like Paula Abdul, for instance. The popularity of Blanks's Tae Bo workouts grew quickly. Blanks and his Tae Bo workouts and videos ended up becoming a major pop culture phenomenon. The videos were mass marketed, which had a major influence on Blanks's net worth overall.

Personal Life: Blanks married Gayle H. Godfrey in his twenties, meeting her in karate class in 1974. Blanks ended up adopting Godfrey's daughter, Shellie. Shellie Blanks Cimarosti, happens to be prominently featured in many of Blanks's Tae Bo videos due to the fact that she is a martial artist herself. Shellie also ended up producing her own Tae Bo Postnatal Power videos in addition to hosting Blanks's "Tae Bo T3" videos, which had to do with Total Transformation Training. Blanks and Godfrey had a son together, who they named Billy Blanks, Jr.

Blanks and Godfrey were married for 33 long years, but ended up getting a divorce in 2008. The two would cite "irreconcilable differences" as the reason for their divorce. Blanks had another daughter, named Angelika, with his Japanese interpreter. Blanks and Tomoko Sato were married in 2009, at which point Blanks also adopted her daughters, Marriett and Erika Peterson.

Blanks identifies as a Christian and also ended up releasing his own special line of workouts titled the "Believer's" series, which was an offshoot of his own Tae Bo workouts which also included supplemental motivational prayers as well as additional Christian components.

Real Estate: Blanks ended up turning his Tae Bo legacy into some major real estate profits. In 2001 Blanks put his signature on the paperwork to sell his home in Hidden Hills, CA, which was sold to an unknown purchaser for $7,300,000.

Blanks had made a joint purchase with his at-the-time wife on January 31, 2000 for only $1,400,000. Blanks ultimately constructed his massive estate to his liking, initially trying to sell it for the sum of $11.5 million, but ultimately ended up settling for $7,300,000. 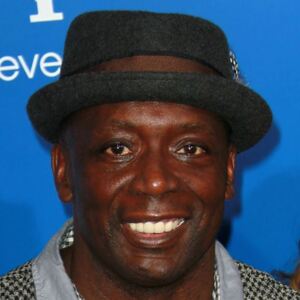