Big Tigger net worth: Big Tigger is an American television and radio personality who has a net worth of $3.5 million. Big Tigger has earned his net worth as host of BET's Rap City and Top Ten Hip-Hop and the R&B music video show 106 & Park. He was born on December 22, 1972 in The Bronx, New York and grew up in Co-op City where he played basketball at the Bellamy Loop Courts.

He attended the University of Maryland, College Park, and was a DJ on the weekends at WERQ, 92Q in Baltimore, Maryland. While in college he interned at WPGC 95.5 FM in Washington D.C. He worked alongside Albie Dee who recognized his ambition and talent, he was trained by Rico Bruner and was the highest six- year undefeated nighttime radio champion. He began his career doing voiceovers for Black Entertainment Television in 1996; Big Tigger was the host of BET's Rap City from 1999 till 2005 when he was replaced by Mad Linx. He was the host of 106 & Park until July 7, 2006 when he was replaced by Terrence J and Rocsi who were the winners of the BET New Faces Contest. He also hosted the show BET Style until it ended on July 6, 2006, he has also hosted several episodes of BET: Uncut. On January 2013, he took over the afternoon drive time slot on WPGC's sister station, WVEE, in Atlanta. 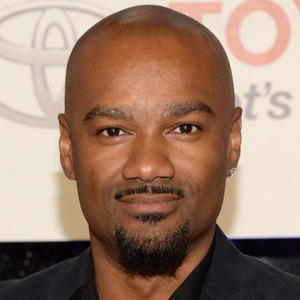