Big Boy in the Morning Net Worth

in Richest Celebrities
Big Boy in the Morning Net Worth:
$6 Million

Big Boy in the Morning's Salary

The show has been airing since September of 2007. The persona, Big Boy, himself was born in Chicago, but moved to Los Angeles at age 2. After becoming acquainted with the music industry while DJ-ing Culver City High School parties, Big Boy became a bodyguard for the music group The Pharcyde. Big Boy was friends with the Baka Boyz, the morning show hosts at Power 106. Due to his funny personality, Big Boy was offered a hosting position with the station and proved successful in nighttime and afternoon hosting spots. Big Boy's image became well known throughout the Greater Los Angeles Area in the late '90s and early 2000s when Power 106 placed his nearly-nude, 500+ pound image onto billboards throughout the area. He has been named Personality of the Year four times by the Radio Music Awards and three times by Radio and Records magazine. The National Association of Broadcasters awarded him the Marconi Award in 2002 and 2004. He has made cameo appearances in movies such as Malibu's Most Wanted, Longest yard, The Players Club and Charlie's Angels 2 and costarred in Deuce Bigalow: Male Gigolo. He has appeared numerous times on the hit HBO Entourage TV series as well as other network shows. Big Boy voiced the character Big Bear in the 2004 video game Grand Theft Auto: San Andreas. He is a radio host in the 2013 video game Grand Theft Auto V on the Radio Los Santos radio station. In 2010, 'Big Boy and Power 106' was presented in the movie Project X. On August 6, 2007, Big Boy signed a multi-year deal with ABC Radio Networks to syndicate the show, and his weekend show Big Boy's Hip Hop Spot.

The show launched nationally and is also now known as Big Boy's Neighborhood. 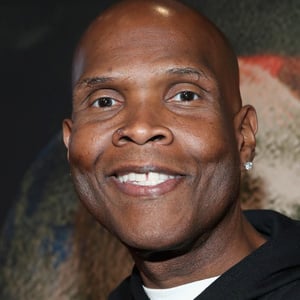