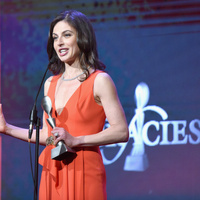 Bianna Golodryga net worth: Bianna Golodryga is an American television journalist and anchor who has a net worth of $3 million dollars. Bianna Golodry is the co-anchor of Good Morning America and a television journalist. Bianna Golodry accumulated her net worth through her position on Good Morning America on weekends, television producer and co-coorespondent for CNBC, and TV journalist. Golodryga was born in June 1978. Her family moved to Houston, Texas in 1980 and Bianna graduated from the University of Texas at Austin. She worked in the financial services industry and became a producer for CNBC and then started appearing as a correspondent. She was named one of the top journalists under 30 in 2004. Golodryga started working for ABC in 2007. In 2010 she was named GMA Weekend's new co-anchor, replacing Kate Snow. Bianna also works as a business correspondent for ABC News. Bianna married Peter R. Orszag in 2010 and they have one son together.