How much is Betty Ford Worth?

Betty Ford net worth: Betty Ford was a former First Lady of the United States who had a net worth of $20 million at the time of her death in 2011. But more important her net worth, Ford had an enormous impact on the culture of addiction in America, encouraging countless individuals to get help for their problems. It was in 1948 when she married Gerald Ford, who would later go on to become President of the United States. As First Lady, Ford was known for her candor and willingness to discuss "taboo" subjects such as abortion, drug abuse, and female equality. She had many unorthodox qualities for a First Lady, including her knowledge of marijuana, her proclivity for mood rings, and her CB radio habit. Another good example of her candor was her nonchalant allusion to the fact that she and President Ford shared a bed, and during an interview with McCall's she went as far as to say that she and her husband had sex "as often as possible"! After the White House, Ford continued to be an active campaigner for women's rights. In addition to this, she was able to publically defeat her addiction to alcohol, and went on to open up the still famous Betty Ford a treatment hospital for various kinds of chemical addiction. 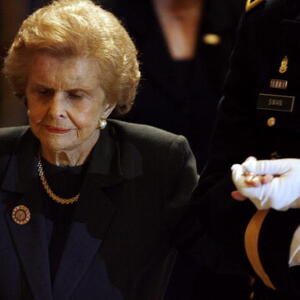