Benjy Bronk Net Worth and salary: Benjy Bronk is an American television and radio personality who has a net worth of $500 thousand. Benjamin Ron "Benjy" Bronk was born September 4, 1967 and raised in South Carolina. A fan of talk radio early in his life, due to his mother's influence, Bronk is probably best known as one of shock-jock Howard Stern's interns, where Bronk worked his way up to a compensated position within the show and was promoted to pre-interviewing and helping vet guests for the show.

In 2000, he earned an in-studio slot next to writers Jackie Martling and Fred Norris and subsequently became well known for writing jokes for Stern 'on-the-spot'. Having already also earned notice for his penchant for public disruptions, in June of 2011 police removed Bronk after he disrupted the press conference at which Representative Anthony Weiner announced his resignation. As a child, Benjy was a competitive hula hooper (SC state Hula Hoop Champ) and later in life performed in a band. In his (self-penned) biography, Benjy claims to have turned down several modeling contracts "…preferring to dive deeper into the world of interpretive dance, comedy and music. He has been romantically linked to part-time puppeteer and religious fanatic Elisa Jordana. Together, Benjy and Elisa sometimes perform as the duo Benjelisa. They have been featured on FOX, Rachel Maddow, Lawrence O'Donnell, MTV, E, VH1 and aspire to be cast together as housewives on Real Housewives of NYC. 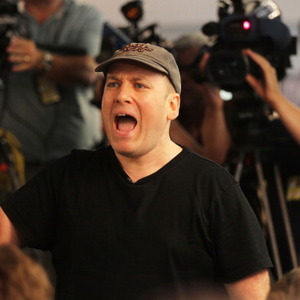