Benjamin Millepied Net Worth and salary: Benjamin Millepied is a French dancer and choreographer who has a net worth of $10 million. He is the youngest of three sons born on June 10, 1977 in Bordeaux, France. He grew up in Dakar, Senegal. His mother was a former ballet dancer who started training Benjamin how to dance when he was eight.

He also studied at the Conservatoire National in Lyons, France with Michel Rahn between the ages of 13 and 16. Benjamin Millepied first became widely-known from his work as a choreographer in the movie Black Swan. Millepied also has a small role in the movie. Furthermore, he is has worked with the New York City Ballet, American Ballet Theatre, the School of American Ballet, the Metropolitan Opera, the Paris Opera, Ballet de Geneve and American Ballet Theatre. He is also the owner of his own ballet company called Danses Concertantes. From 2006-2007 he was an in-house choreographer and resident at the Baryshnikov Arts Center in New York. Millepied married actress Natalie Portman in 2012 whom he met in 2009 on the set of Black Swan. The couple became engaged on December 27, 2010. Portman gave birth to the couple's son Aleph Portman-Millepied on June 14, 2011. They welcomed a daughter in 2017. 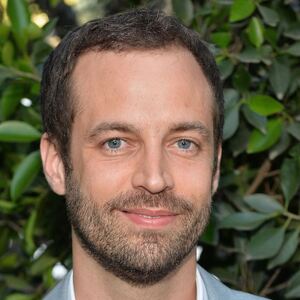