How much is Ben Stein Worth?

Ben Stein Net Worth: Ben Stein is an American actor, writer, lawyer and commentator on political and economic issues who has a net worth of $20 million dollars. Ben Stein first rose to prominence as a speechwriter for Richard Nixon and Gerald Ford, but has since become a popular comedian, actor, and political commentator. He is also a lawyer and received an Emmy for his work as host of "Win Ben Stein's Money", a game show on Comedy Central. Born Benjamin Jeremy Stein on November 25, 1944, Washington, D.C., US, he is known as the speechwriter for American presidents, Gerald Ford and Richard Nixon. A graduate of Columbia College and Yale Law School, he first started his career as a poverty lawyer and then continued to serve as a trial lawyer for Federal Trade Commission. At the same time, he established himself as a writer penning columns for magazines such as Newsmax, The American Spectator, Los Angeles Magazine, Barron's Magazine, Penthouse, New York Magazine, The New York Times and The Wall Street Journal. In his writings, he often spoke his mind on economic, political and social issues, along with financial advice to individual investors. Later on, Stein decided to enter the world of entertainment where he became an actor, comedian and Emmy Award-winning game show host. As an actor, he left a mark with his droning and monotone delivery in notable TV and film shows like Charles in Charge, No Intelligence Allowed, Full House, The Mask, The Mask: The Animated Series, Star Search, Richie Rich, Married… with Children, Ghostbusters II, Ghostbusters, Fairly Odd Parents and Family Guy among others. In real life, Ben Stein is an appreciated public speaker on a wide range of economic and social issues. Stein is married to entertainment lawyer Alexandra Denman, with whom he has adopted a baby boy in 1987. 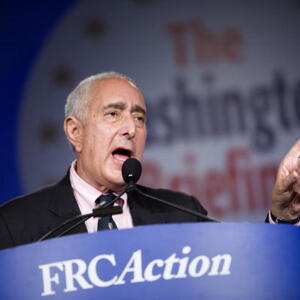