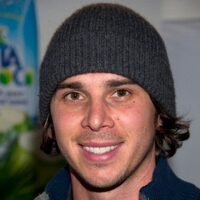 Ben Flajnik Net Worth: Ben Flajnik is an American reality show contestant and winemaker who has a net worth of $800,000. He first became well known after appearing on the seventh season of The Bachelorette and then he became The Bachelor in a following season. Flajnik grew up in a close knit family in Sonoma, California. He attended University of Arizona, studying music production and business. Soon after graduation, Flajnik worked in the internet advertising sector. Today he co-owns a winery business called Evolve Winery with a friend from high school.

Flajnik had everything he wanted, a close family and a successful business – but there was one thing missing: a good, meaningful relationship. In pursuit of his quest, Flajnik appeared on ABC's the Bachelorette. His laid back personality plus his good sense of humor, made Flajnik popular amongthe female viewers. He did very well as he was the runner-up in the romance reality TV hit, after his heartfelt proposal to Ashley Herbertwas rejected. Since appearing on Bachelorette, Flajnik wasn't short of offers from the ladies. He went on a date with Charmed star Jennifer Love Hewitt, however things went pear-shaped as it was revealed that Flajnik 'didn't feel a spark with her.' Flajnik's quest to find true love continues.

Despite Herbert's rejection and his bad date with Jennifer Love Hewitt, the businessman is super confident that he would find 'the one' by starring in another ABC's production, The Bachelor in January 2012.

Flajnik is looking for 'the one' who is willing to put up with his extensive list of hobbies. He enjoys crab fishing, sailing, golf, skate boarding, surfing, playing the piano and signing in a tribute band. The modern day Darcy prides himself as a pretty good handyman- as he also loves to build things. Oh, there's one more thing: whoever takes on Flajnik, will have to take the other love of his life – Scotch, the Jack Russell Terrier.