Aviva Drescher net worth: Aviva Drescher, wife of Reid Drescher, has a net worth of $20 million. Drescher is probably best known for being a member of the cast of Bravo's hit reality TV series, The Real Housewives of New York City.

Her husband Reid Drescher is the founder, President and CEO of the hedge fund Cape One Financial Advisors. He is also the President and CEO of Spencer Clark LLC, a boutique investment bank. Both are located in New York City. Aviva Drescher was born in 1970 and raised in Manhattan. She attended The Fieldston School and has a BA from Vassar College. She went on to get her Masters in French Literature from NYU and her JD from Benjamin Cardozo School of Law. She has four children, three with Reid Drescher and one child, Harrison, from her first husband, Harry Dubin. When Aviva was six years-old, she was in a farm accident when her left foot got severely hurt at a friend's upstate New York dairy farm. A few months later her leg was amputated as a result of that accident. She has recently written a memoir about her life, which features this childhood trauma, and it is also discussed often on RHONY. She also recently appeared with her husband, Reid, on the hit reality television series, Marriage Bootcamp: Reality Stars.  Aviva is active in many philanthropic activities, most notably as a National Spokesperson for One Step Ahead, an organization for amputees, and for her work with Cancer Schmancer/Trash Cancer. 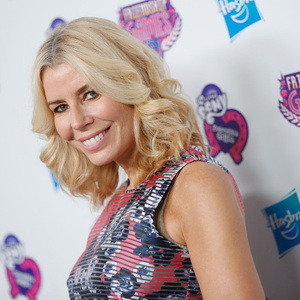