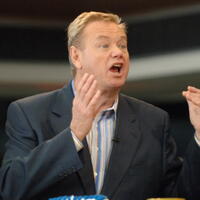 Woody Paige net worth and salary: Woody Paige is an American sports columnist and television personality who has a net worth of $800 thousand. Woody Paige started his career writing for the Whitehaven Press and then for the Knoxville Journal, The Commercial Appeal, and the Rocky Mountain News. He joined the Denver Post in 1981 and works as a sports columnist. Paige is also known for being a regular panelist on the ESPN television series Around the Horn. From 2004 to 2006 he hosted the ESPN2 series Cold Pizza and the spin-off series 1st and 10. He is a Baseball Hall of Fame voter and a member of the Pro Football Hall of Fame Selection Committee.