William Goldman net worth and salary: William Goldman was an American novelist, playwright, and screenwriter who had a net worth of $15 million at the time of his death in 2018. William Goldman was born in Chicago, Illinois in August 1931. He started his career as a novelist and his works include The Temple of Gold, Your Turn to Curtsy, My Turn to Bow, Solider in the Rain, Boys and Girls Together, No Way to Treat a Lady, the Thing of It Is…, The Princess Bride, Marathon Man, Magic, Tinsel, Control, The Color of Light, Heat, and Brothers.

Goldman has written for many films including Butch Cassidy and the Sundance Kid, The Stepford Wives, The Great Waldo Pepper, All the President's Men, Heat, The Princess Bridge, Memoirs of an Invisible Man, Year of the Comet, Chaplin, Maverick, Da Vinci, The Ghost of the Darkness, The General's Daughter, Dreamcatcher, and Wild Card. Goldman has been described as "one of the late twentieth century's most popular storytellers". He has won Academy Awards for Butch Cassidy and the Sundance Kid in 1970 and All the President's Men in 1977. Goldman won a Laurel Award for Screen Writing Achievement in 1985 from the Writers Guild of America. William Goldman died on November 16, 2018 at the age of 87. 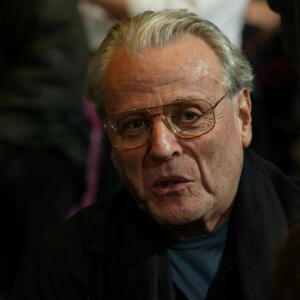