What was Willard Scott's Net Worth?

Willard Scott was an American actor, author, media personality, clown and comedian. At the time of his death, Willard had a net worth of $10 million dollars. A broadcaster and radio host since the 50's, Willard Scott was most widely recognized as the former weatherman for the Today Show. He also wrote and co-hosted the popular 60's radio show, "Joy Boys", and has authored or co-authored eight books.

He was born Willard Herman Scott, Jr. on March 7, 1934, in Alexandria, Virginia. He was only 16 years old, still attending George Washington High School, when he showed his first interest in broadcasting. Around this time he started to work as an NBC page at WRC-AM, NBC's owned-and-operated radio station in Washington, D.C..

As he continued his education at the American University, he worked with fellow student Ed Walker at WAMU-AM, the university's radio station from 1951 to 1953. After graduation, he firmly established himself as a host, working on numerous notable shows. Interestingly, Willard is also notable for something very famous outside of television hosting. Willard Scott was also the creator and original portrayer of Ronald McDonald. He portrayed the character in TV commercials and public appearances from 1963 to 1966, and occasionally as late as 1971. Decades later he appeared in a commercial for rival Burger King.

His most-famous role was that as the weatherman for The Today Show. He joined the program in 1980 and retired in December 2015. The street outside of the studio was renamed Willard Scott Way in his honor. During his time on Today, Willard was known for wishing happy birthday to centenarians around the country. He also traveled to many festivals and landmarks for his daily weather reports. He took a semi-retirement beginning in 1996, working just two days a week. At this time Al Roker took over full-time. 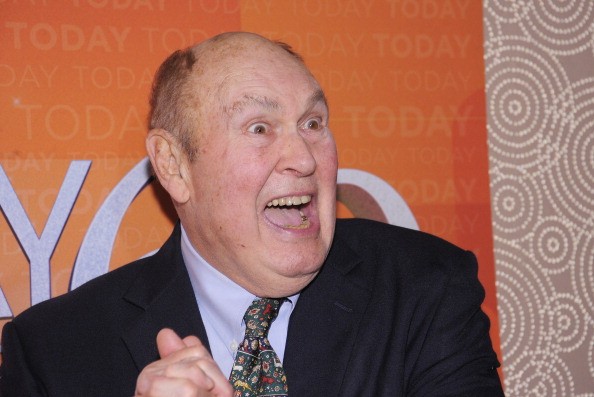 Furthermore, he wrote or co-wrote eight books, including his autobiographical book "The Joy of Living".

Willard was married to Mary Dwyer Scott from 1959 until her death in 2002. He has two children, Mary and Sally. He married a woman named Paris Keena in 2014.