What is Wendy Williams' Net Worth?

Wendy Williams is an American television host, businesswoman, media personality and author who has a net worth of $20 million. She is best known for being the host of the nationally syndicated television talk show "The Wendy Williams Show" since 2008.

Wendy's salary for The Wendy Williams Show is $10 million per year. In some years she films 180 episodes. That breaks down to a salary per episode of $55,000.

Wendy Williams was born on July 18, 1964 in Asbury Park, New Jersey. The second of three kids, she was born to Shirley and Thomas Williams. When Wendy was five, the family moved to Ocean Township, NJ. She graduated from Ocean Township High School, and attended Northeastern University from 1982 to 1986. She graduated from Northeastern with a Bachelor's of Science degree in communications, and was a DJ for the college radio station WRBB.

Her first professional radio job was at WVIS in the Virgin Islands. From there she landed a job as a substitute DJ at WRKS in New York City. A year later, Williams got a gig hosting in the afternoons at the Washington DC based station WOL. Pretty soon Wendy was one of the most popular full-time DJs at the station and was hosting the most important drive-time shift. After a format change, Wendy switched over to NYC's Hot 97 urban station where she remained from 1994 to 1998. She was fired in 1998 then hired by a station in Philadelphia, WUSL. At this station, Wendy really hit her stride. It was while in Philadelphia that she met her eventual husband Kevin Hunter, who also became her agent.

Her show was eventually syndicated across the country. Her frank and honest discussions about her personal struggles with miscarriages, former drug addiction, and her breast enhancement surgery helped grow her popularity, and she helped the station move from 14th place to 2nd place in ratings. In 2001, she returned to NYC for a full-time syndicated 4-hour time slot on WBLS. Williams most notably had a wild interview with Whitney Houston that catapulted Wendy to fame in her radio career. Wendy left the radio show in 2009 to focus on a career in television. By then, she had been inducted into the National Radio Hall of Fame.

Today, Wendy is most famous for being the host of the popular syndicated television show, "The Wendy Williams Show".

Williams was offered a six-week trial of her own television talk show in 2008 by Debmar-Mercury. "The Wendy Williams Show" debuted in July 2008 and following it's positive feedback Fox signed a deal with Debmar-Mercury to broadcast the show nationally. BET also picked up cable rights to broadcast the show at night, and began airing the show internationally to 54 countries through BET International in 2010. Her show has been very successful, attracting 2.4 million daily viewers on average. As of this writing it has since aired more than 1,500 episodes through 10 seasons. During the November 2015 sweeps, the talk show was ranked at No. 1 in the demographic of women 25-54 in the U.S.

In February 2019, Williams was forced to take some unprecedented time off for complications due to Graves' disease. Guest hosts, including Nick Cannon, filled in for Wendy until she returned on March 4, 2019. The Wendy Williams Show is currently airing its 12th season as of spring 2020. Williams was nominated for Daytime Emmy Awards in 2015 and 2016 for Outstanding Entertainment Talk Show Host for Wendy: The Wendy Williams Show. In 2016 she was nominated for a People's Choice Award for Favorite Daytime TV Host. 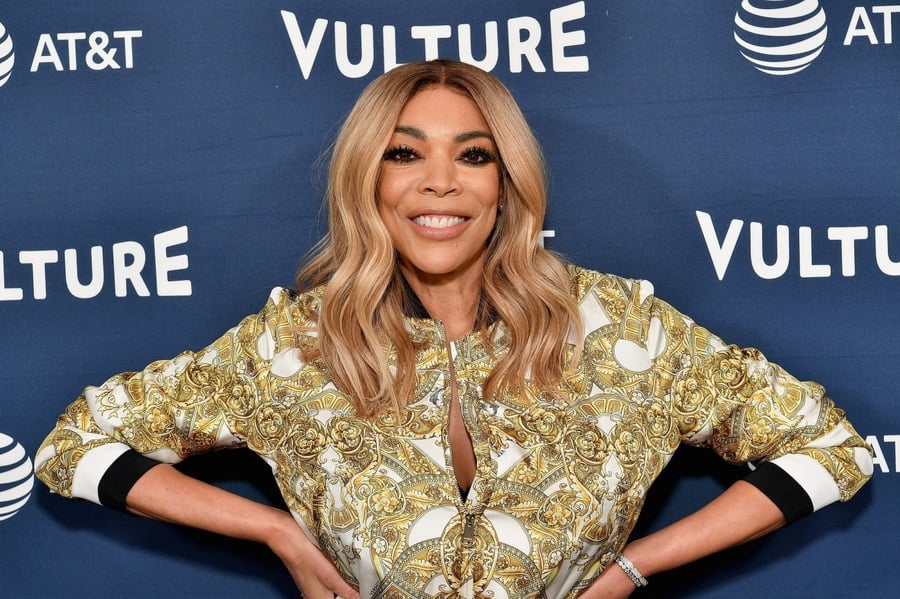 Williams has made appearances in TV, films, theater, and has even dabbled in stand-up comedy. She's made appearances in the television shows Martin, One Life to Live, and Dancing with the Stars. Wendy also acted in the films Act Like a Lady, Think Like a Man and that film's two sequels.

In 2014, Williams went on a comedy tour performing standup around the country. In 2015, she launched the 12-city comedy tour The Wendy Williams Sit Down Tour: Too Real for Standup.

Williams has produced in numerous other television shows such as "Drop Dead Diva" (2011), where she played a judge, as well as season 12 of "Dancing with the Stars" as a contestant. She also was cast in the Broadway musical "Chicago," completing a seven-week run of the show in 2013. Williams has also produced several shows, including 2015 Discovery channel documentary series "Death by Gossip with Wendy Williams" (which she also hosted), Lifetime biopic "Aaliyah: The Princess of R&B" (2014), and GSN game show "Love Triangle" (2011).

Books and Other Ventures

Wendy has authored the books Wendy's Got the Heat, The Wendy Williams Experience, Ask Wendy: Straight-Up Advice for All the Drama in Your Life, Drama Is Her Middle Name, Is the Bitch Dead, Or What?, Ritz Harper Goes to Hollywood, and Hold Me in Contempt: A Romance. Wendy is especially known for her famous catch phrase "How you doin?".

Williams partnered with the Home Shopping Network (HSN) and debuted a line of dresses, pants, sweaters and skirts on March 28, 2015. The Wendy Williams line is sold exclusively at HSN, and Williams told viewers on her talk show that according to HSN, the debut of her line was the network's most-watched premiere ever. Williams also has a line of jewelry that is sold on the home shopping network QVC, called "Adorn by Wendy Williams."

Williams has been open about her health struggles with hyperthyroidism and Graves' disease. Wendy has been married twice, with her first marriage ending in a separation after 5 months and a year and a half of divorce proceedings.

She married Kevin Hunter on November 30, 1997. They welcomed a son, Kevin Jr. in 2000. Kevin ultimately became Wendy's manager. Kevin Hunter was allegedly unfaithful to Wendy on a number of occasions. He was also reported to be very controlling and physically abusive at times.

In 2019 rumors swirled that Kevin welcomed a baby born of a mistress. Around this time Wendy revealed on her show that she was living out of a sober house due to a past cocaine addiction. In April 2019 Wendy filed for divorce from Kevin after 22 years of marriage. The court filing cited irreconcilable differences and sought to establish an appropriate level of child support and split of assets. Wendy and Kevin's primary residence was a 6000 square foot home in Livingston, New Jersey that she bought for $2.1 million in 2009. Wendy sold this home in August 2020 for $1.475 million.

On April 24, 2019 it was reported that Wendy had moved to excise Kevin from her life both personally and professionally. She reportedly fired him from the show and hired a team of financial advisors to protect her assets. She has cut all ties and has hired a new manager. 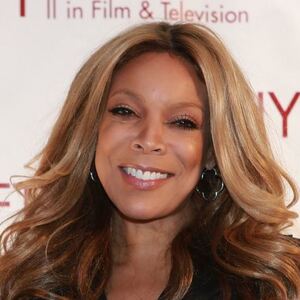