Wolf's signature phrase is "Let's go to the videotape!". He started out in radio at WLSI-AM in Pikeville, Kentucky and then worked in Martinsburg, West Virginia and Washington D.C. He became a well-known sports anchor at WTOP-TV in Washington and did play-by-play for local sports team. Warner Wolf joined ABC Sports in 1976 and covered the Olympics among other sports. He worked for WABC-TV in 1976 and joined WCBS-TV in 1980 and covered the Gulf War live in 1991. Wolf worked at WUSA-TV and Imus in the Morning. He had a cameo in several films including Rocky IV and authored the books Gimme a Break! Warner Wolf on Sports and Let's Go to the Videotape: All the Plays and Replays from My Life in Sports. 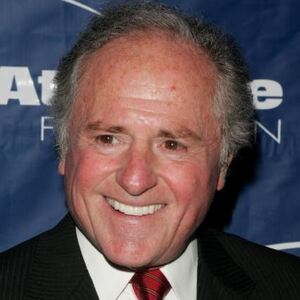