How much is Walter Cronkite Worth?

Walter Cronkite net worth and salary: Walter Cronkite was an American broadcast journalist who had a net worth of $20 million at the time of his death in 2009. Walter Cronkite was born in Saint Joseph, Missouri in November 1916 and passed away in July 2009. He was best known for being an anchorman for CBS Evening News from 1962 to 1981. He was known as "the most trusted man in America". Cronkite reported on several important events including the bombings in World War II, the combat in the Vietnam War, the Nuremberg trials, Watergate, the assassinations of President John F. Kennedy and Martin Luther King Jr. as well as John Lennon. He became the only non-NASA recipient of a Moon-rock award for his coverage of the U.S. space program. His signature departing catchphrase was "And that's the way it is" which was followed by the date of the broadcast. He won several awards and honors including the Presidential Medal of Freedom. The Cronkite School of journalism at Arizona State University is named for him. Walter Cronkite passed away on July 17, 2009 at 92 years old.

Salary: Walter's biggest contract came in 1981 when he signed a 7-year deal that paid him $1 million per year, which is the same as around $2.7 million per year today. After he yielded his slot to Dan Rather in 1988, CBS paid Walter $150,000 per year to act as a consultant for the network. It was a somewhat ceremonial job and Walter actually turned down some fairly lucrative competing offers to stay with CBS. He was ready for a slower schedule. 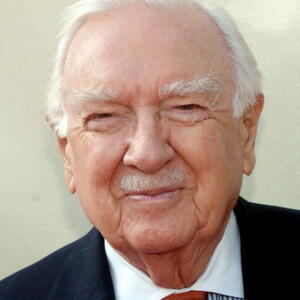