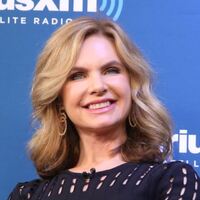 Victoria Osteen net worth: Victoria Osteen is an American author and pastor who has a net worth of $100 million. That is a combined net worth with her husband of more than three decades, mega-pastor Joel Osteen. Victoria Osteen was born in Huntsville, Alabama in March 1961. She married Joel Osteen in 1987 and is the co-pastor of Lakewood Church in Houston, Texas. She is the daughter-in-law of John Osteen. She was working at her mother's jewelry business when she met Joel Osteen. In 2003 Victoria Osteen founded the Lakewood Church Women's Ministry and serves as co-pastor. Her service is broadcast on the Daystar Television Network and she also appears on the radio station 89.3 KSBJ in Houston. Victoria Osteen authored the book Love Your Life: Living Happy, Healthy, and Whole in 2008 and it reached #2 on the New York Times Bestseller list. She released children's books in 2009. Victoria Osteen was accused of shoving a flight attended in 2005 and was sued before being cleared of all charges.

Joel and Victoria live in a 17,000 square-foot mansion in the Houston suburbs that is reportedly worth at least $10.5 million.