Victoria Coren net worth: Victoria Coren is an English writer, presenter, and professional poker player who has a net worth of $2 million. Victoria Coren was born in Hammersmith, West London in August 1972. She writes weekly columns for The Guardian and the Observer newspapers and is the host of the BBC television quiz series Only Connect.

At 14 years old she had a short story published in Just Seventeen magazine. Coren won a competition to write a column about teenage life in The Daily Telegraphy's weekend section. She has authored the books Love 16 and Once More, with Feeling. She became the first woman to win an event on the European Poker Tour and was a member of Team PokerStars Pro. She has won two European Poker Tour titles finished in the money twice at the World Series of Poker. Coren has been featured on the TV series I Love the 80s, The Big Breakfast, The Wright Stuff, Question Time, Have I Got News for You, and 8 Out of 10 Cats. 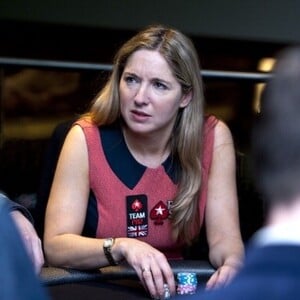