Van Jones net worth and salary: Van Jones is an American news commentator, author, and lawyer who has a net worth of $5 million. He is best known for being a CNN political commentator.

Van Jones was born in Jackson, Tennessee in September 1968. He graduated from the University of Tennessee at Martin and earned his JD from Yale University. Jones is a Democrat. He is the co-founder of several non-profit organizations. Van Jones has won an Emmy Award and is a three time New York Times bestselling author. He was a Special Advisor for Green Jobs for President Barack Obama in 2009. He has co-hosted several CNN TV series. Van Jones has authored the New York Times best selling books The Green Collar Economy, Rebuild the Dream, and Beyond the Messy Truth. He was known for being a longtime collaborator and colleague of the musician Prince. In 2020 Jones received an Emmy Award for Outstanding Original Interactive Program. 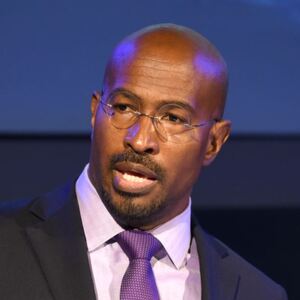